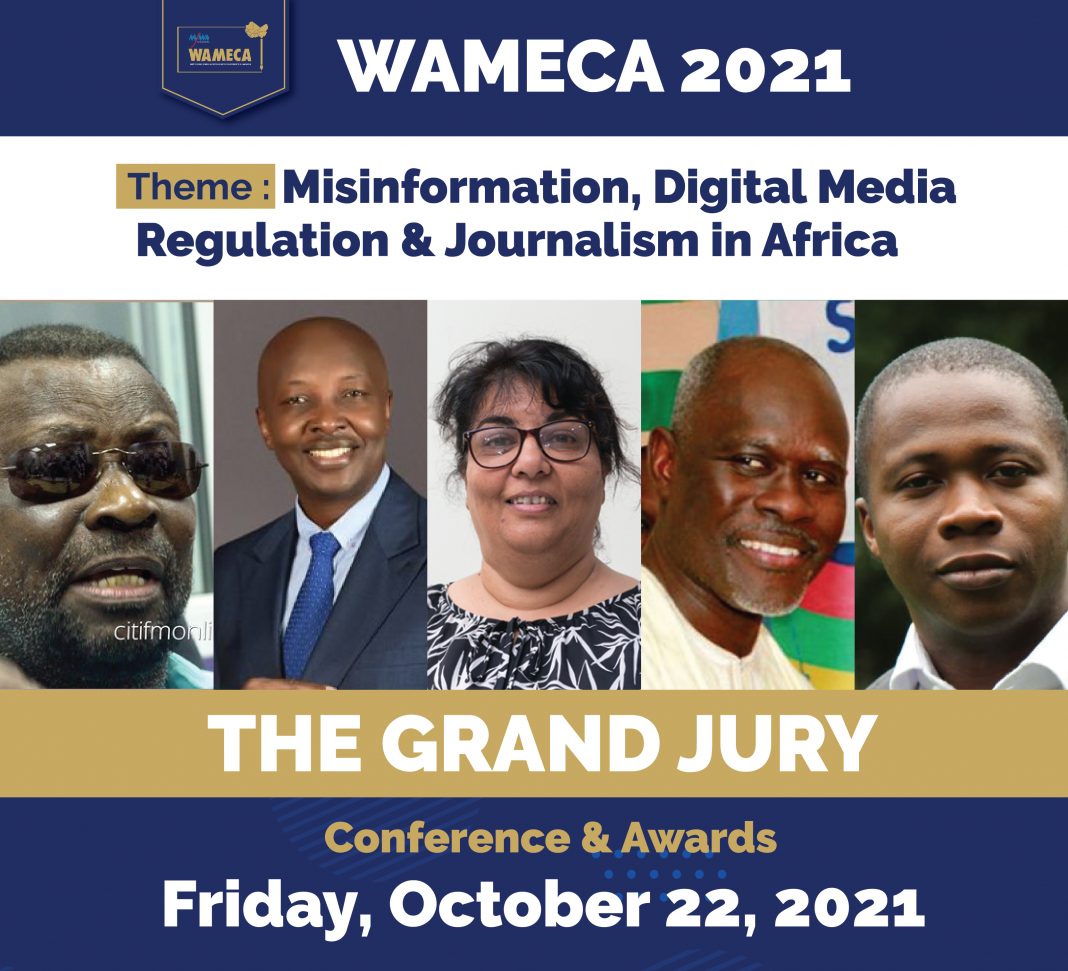 The MFWA is delighted to announce the jury for the 2021 edition of the West Africa Media Excellence Awards.

The jury, made up of distinguished and experienced media experts in Africa, will assess and shortlist deserving entries and also determine the ultimate winners of the various categories in the 5th edition of the West Africa Media Excellence Awards. The Awards will be held on October 22, 2021, at the Alisa Hotel in Accra, Ghana.

Cameron Duodu is a seasoned and celebrated journalist, broadcaster, editor and novelist with a career spanning about six decades. He started as editor of a general-purpose magazine, New Nation in Ghana, and reporter for Ghana Broadcasting Corporation (GBC), where he became an editor of radio news during the era of the independence struggle in Ghana. He later edited the most popular and biggest-selling newspaper in Ghana, the Daily Graphic. Cameron has also edited several magazines including Ghana’s edition of South Africa’s Drum.

He has worked as a freelance journalist for the BBC, the Financial Times, the Economist, the Guardian, the Observer, the Sunday Times and De Volkskrant, Amsterdam.

Joseph Warungu is a media and communication consultant and trainer with 30 years of experience in international journalism. He was head of the BBC African News and Current Affairs Department and is a former Knight International Journalism Fellow. He is widely travelled in Africa, working as a journalist, trainer and moderator of public debates on radio and TV.

He specialises in media management training and building the capacity of media to tell in-depth and compelling stories on development issues such as health, education, business and technology. He led the African Story Challenge, a continent-wide competition to inspire and support African media to tell more and better stories on development issues.

Hamadou Tidiane Sy is the founder and Director of E-jicom, a journalism, communication and digital media school based in Dakar. He is also the founder of the award-winning online media organisation Ouestaf News (ouestaf.com).

Tidiane Sy is a seasoned Senegalese journalist, now mostly active as a journalism trainer and consultant throughout Africa. He worked for major media outlets, including the BBC, AFP (Agence France Presse), Global Radio News, Channel Africa, etc. Tidiane is also involved in the activities of the West African Investigative Network “CENOZO” where he edits investigative reports.

As a reporter Tidiane has extensively covered Africa, and more particularly the West African region and has conducted major investigations, culminating with his participation in the global “Panama Papers”, “the Swissleaks”, and “Fatal Extractions” projects. He is recognised as a social innovator in the field of “News and Knowledge” by the Ashoka and Knight Foundations. He is a board member at Cenozo and Africa Check.

His works over the years have spurred civil society organisations and global decision-makers to take action while holding political leaders to account across Africa.

Selay initiated the transnational investigation into ‘Fair-Trade’ chocolate, ‘The Fair-Trade Chocolate Rip-Off.’ joining the Swiss Leaks Project team, an investigation initiated by the International Consortium of Investigative Journalists (ICIJ), to trace billions lost annually in Africa in the chocolate industry.

He is a part-time trainer for the ‘Wealth of Nations’, a programme run by the Thomson Reuters Foundation to investigate tax abuse and illicit financial flows from and in Africa.  He is also the co-founder and member of the AIPC (African Investigative Publishing Collective) and a member of FAIR (Forum for African Investigative Reporters).