Media’s Role in Fighting Corruption in Ghana: A 10-Point Recommendation by Key Stakeholders 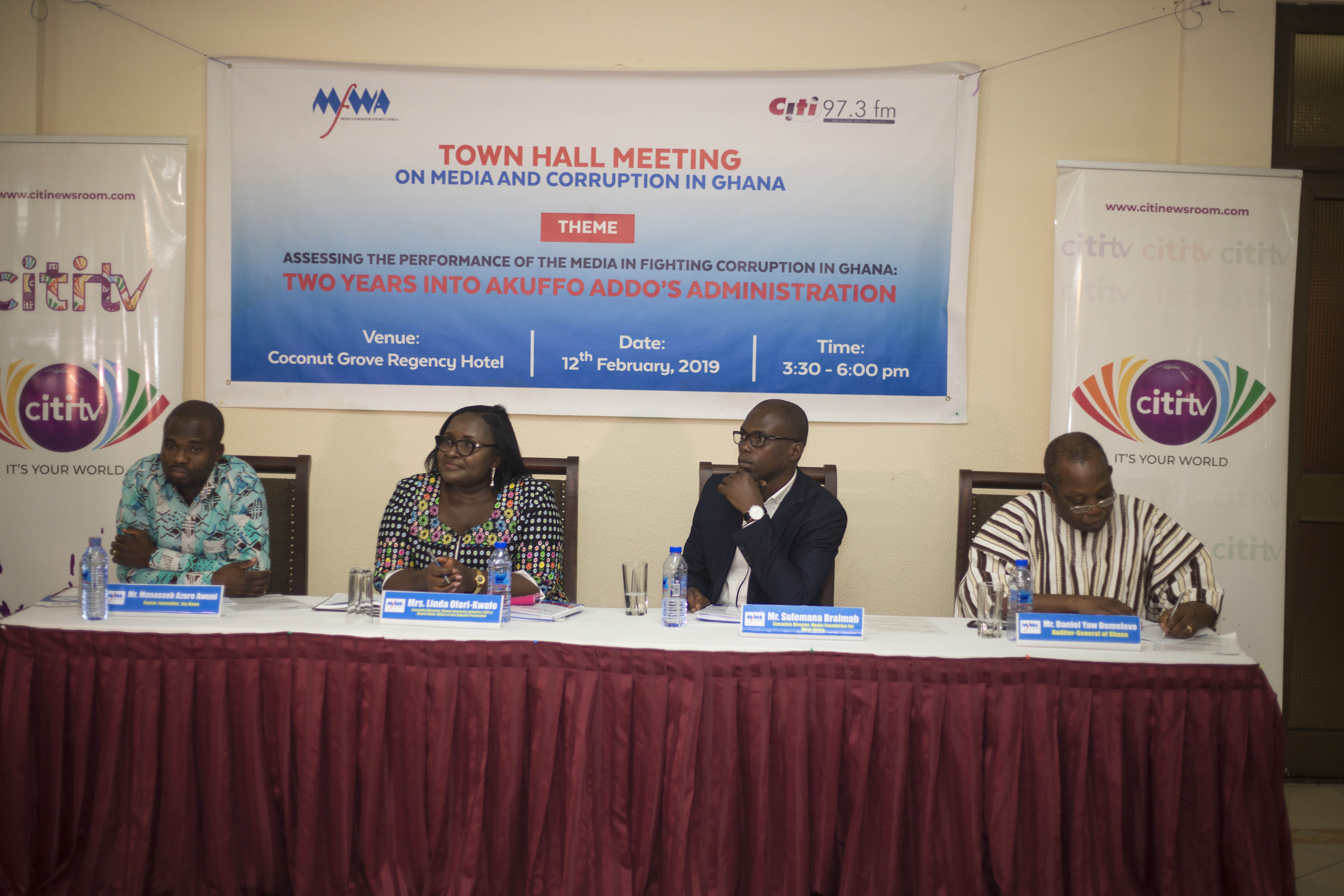 Despite Ghana’s good governance and democratic credentials, corruption has remained endemic in the country’s public service and society. Indeed, but for a slight improvement recorded in 2018, statistics from the annual Corruption Perception Index (CPI) has shown a continuous decline since 2015.

As a watchdog of society, the media’s ability to monitor government officials, duty-bearers and the powerful in society to forestall the abuse of power and curtail corruption is vital for good governance and democracy.

In the lead up to the 2016 elections, President Nana Addo Dankwa Akufo-Addo, as a candidate, campaigned extensively on fighting corruption and prosecuting corrupt officials when elected. The President on assuming office showed signs of commitment to fighting corruption by setting up the Office of the Special Prosecutor to serve as an independent investigative and prosecution body to make enquiries into corruption, bribery, and other criminal cases at the national level.

Nonetheless, two-years into the Nana Akufo-Addo’s administration there have been reported incidents of alleged procurement scandals, purported misappropriation of state funds, bribery allegations and perception of corruption. Given the critical role of the media in stemming the corruption menace, the Media Foundation for West Africa (MFWA) on February 12, 2019 convened a Town Hall meeting that brought together media experts, journalists, civil society organisations (CSOs), government representatives and the diplomatic corps to reflect on the media’s performance in fighting corruption two-years into the President Nana Akufo-Addo administration.

The event which was also broadcast live on one of Ghana’s leading radio stations, Citi FM, had as speakers: Ghana’s Auditor-General, Mr. Daniel Yaw Domelevo; award-winning Investigative Journalist, Manasseh Azure Awuni;  Executive Director of Ghana Integrity Initiative (GII) and Chairperson of the Board of the Office of the Special Prosecutor, Linda Ofori-Kwafo; and Executive Director of the MFWA, Sulemana Braimah.

After over two hours of thoughtful and insightful deliberations, participants and experts made the following key recommendations: