Media Ethics: Decency, Accuracy are the Most Violated Principles 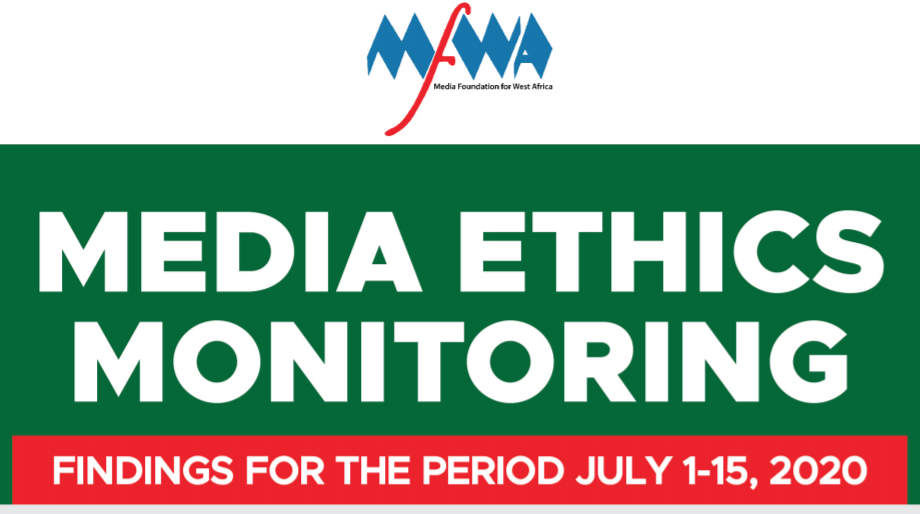 The principle of Decency is the most violated ethic among 26 media organisations that were monitored for ethical violations for the period of July 1-15.

Decency was violated 73 times out of 116 violations that was recorded during the period. This was followed by Accuracy which was violated 27 times.

The report further observed that some news anchors and hosts of political talk shows often projected their personal opinions when presenting/hosting their programmes as against the material facts of the stories. It also revealed incidence of overstatements and exaggerations of the details of stories and a conscious effort by some news anchors to be humorous, watering down the serious news stories with jokes.

The monitoring of media ethics is part of a project titled: Enhancing media professionalism to inspire public confidence and support for press freedom in Ghana. The objective of the project is to identify and highlight incidents of ethical infractions and drawing attention to such breaches as a way of fostering adherence to ethical principles by media organisations.

The full report contains the specific ethical principles violated, the names of the media outlets that violated among other findings. Kindly click here to access it.

The instrument being used for the monitoring, which contains the category definitions for tracking and reporting of ethical principles is also available here. For further clarifications and media interviews, contact Programme Manager, Vivian Affoah (0244896588), or Programme Officer, Kwaku Krobea Asante (0249484528).