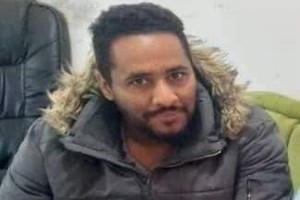 The Media Foundation for West Africa (MFWA) urges the authorities in Mauritania to release Ahmed Mohamed Salem Kerboub from detention and end the harassment of the freelance journalist and two other bloggers.

In what constitutes a new attempt at muzzling of freedom of expression on the internet and intimidation of citizens for exercising their fundamental rights, the administrative and regional authorities of Nouadhibou, the second major city in Mauritania, 525 km away from the capital Nouakchott, detained Journalist Kerkoub on January 7, 2021, upon the complaint of the deputy mayor of Nouadhibou, Ghassem Ould Bellali, over an article the journalist published.

The authorities have also placed under judicial supervision Mohamed Haibeitna Delchoul and Bilal Abdarrahmane, who assisted the journalists with information collection and fact-checking. The two are required to appear every day at the Nouadhibou court.

On January 5, 2021, Kerboub, who writes for the news website www.mauritannet.blogspot.com,  published an article on Facebook in which he made certain allegations about the management of funds meant to help vulnerable people to cope with the effects of COVID-19.

The journalist allegedly claimed that the administrative (governor and prefect) and municipal (mayor) authorities did not respect the guidelines for the allocation of the amount of 2280 MRU (57 USD) each to vulnerable households. Salem Kerboub was brought to the civil prison of Nouadhibou and prosecuted for defamation, slander and insult, following a complaint by the deputy mayor.

This is the second time in six months that this journalist, who’s also a social media activist, has been jailed for his publications.

On June 8, 2020, Salem Kerkoub was arrested on the orders of the investigating judge of the Dakhlet Nouadhibou regional court. He was subsequently held in prison for 30 days.  The judge accused the activist of not having complied with the conditions of a judicial review in January 2020 following a complaint filed against him by the mayor of the economic capital of Mauritania, Honorable El Ghassem Ould Bellali.

However, following mediation by the Syndicat des Journalistes Mauritaniens (SJM) and some local dignitaries, Ghassem Ould Bellali, the mayor of Nouadhibou withdrew his complaint. The journalist was released on bail on July 8, 2020, with judicial review.

Criticisms by journalists, bloggers and citizens on social media in Mauritania are viewed with concern by the authorities who attempt to repress them with detentions and excessive fines by the courts.

We call on public authorities to be tolerant of criticism about the management of public affairs, and to use the rights of rejoinder to inform public opinion on the issues about which they are questioned. Resorting to legal proceedings against journalists and citizens over the management of public affairs has the potential to violate the freedom of expression enshrined in the constitution and indispensable under any democratic regime. It undermines public discourse and participatory governance and strengthens bad governance and corruption.