Mauritania – Freedom of Assembly under Siege 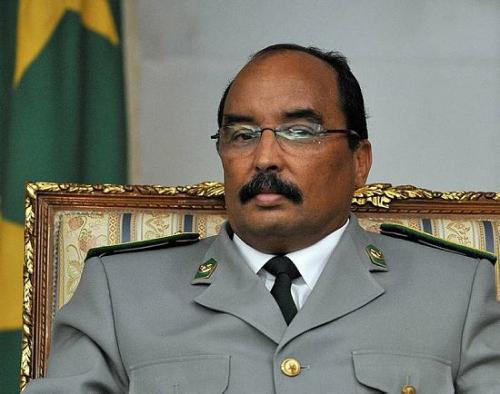 The Media Foundation for West Africa (MFWA) has observed with concern the Mauritanian authorities’ recent crackdown on dissent, particularly against opponents of the constitutional amendments which is the subject of a referendum scheduled for August 5, 2017.

Over the past one month, security forces in the country have run riot against citizens peacefully protesting against the proposed amendments or attempting to express their views on one national issue or the other.

On April 20, 2017, the Mauritanian government announced a constitutional referendum for July 15 before later postponing it to August 5. The announcement followed the rejection by the Senate of proposed amendments to the country’s 26 year-old constitution. Among other revisions, referendum seeks to validate a change in the design of the national flag and the national anthem and as well as abolish some key state institutions including the Senate.

As the referendum date approaches, the opposition have stepped up their “no” campaign while the authorities have also scaled up the repression, with alarming consequences for freedom expression and assembly in the country during the month of July.

Crackdown on Freedom of Expression and Assembly

In a press statement issued on July 17, 2017, the Mauritanian Freedom of Expression Observatory (OMLE) said it had recorded three major incidents of freedom of expression and assembly violations in a space of two weeks during the month.

It said on July 2, the authorities in Nouakchott prohibited, without any valid reason, a press conference planned by the Popular Initiative in Solidarity with the State of Qatar, a group that supports the Gulf state in its recent conflict with its Saudi-led neighbours.

“This is a flagrant violation of fundamental rights which guarantee citizens’ freedom to express their views and opinions,” said the OMLE.

On July 8, 2017, a leading member of the anti-slavery organisation,  Initiative de la Resurgence du Mouvement Abolitioniste (IRA), Ali Sow was arrested by security forces a day after he participated in an anti-referendum protest organised by the Opposition Front against the Referendum. Sow is being kept in an unknown destination.

The Coordination for Democratic Opposition, a coalition of parties opposed to the reforms, organised simultaneous demonstrations on July 26, 2017 in three districts of the capital Nouakchott – Arafat, Sebkha and Dar-Naim with bloody outcomes. The police intervened with clubs and tear gas, injuring and arresting many. The famous anti-reform campaigner and Senator, Ould Ghadda, for instance, was taken to the hospital unconscious.

Denouncing the crackdown, the President of the political party, Mouvement pour le Changement Démocratique (MCD), Moussa Fall, who took part in the demonstrations, said: “Even the military regimes did not indulge in such practices. We are clearly falling under the yoke of an autocratic and dictatorial regime.”

The online news portal, mauriweb.com also reports a fourth incident which occurred on July 31 in the economic capital, Nouadhibou, where the police beat, dispersed and arrested protesters as President Abdel Aziz arrived there to campaign for the proposed amendments.

A spokesperson for the for the Office of the UN High Commissioner for Human Rights (OHCHR) Ravina Shamdasani, in a statement released on August 3, expressed concern about the clampdown.

“The authorities reportedly did not respond to the majority of requests for authorization for the protests and actively dispersed gatherings. In several cases, protest leaders were reportedly beaten up and a number of them were arrested,” Shamdasani said.

OHCHR urged the Government to ensure that the rights to peaceful assembly, to freedom of opinion and expression are fully respected adding that “These rights are particularly precious in a pre-electoral context.”

The MFWA joins its voice to the call for restraint on both sides, particularly, the government. We call on the authorities in Mauritania to investigate the violence reported to have been unleashed on peaceful demonstrators by the security agencies in order to rectify the lapses and offer redress to the victims of the violations.