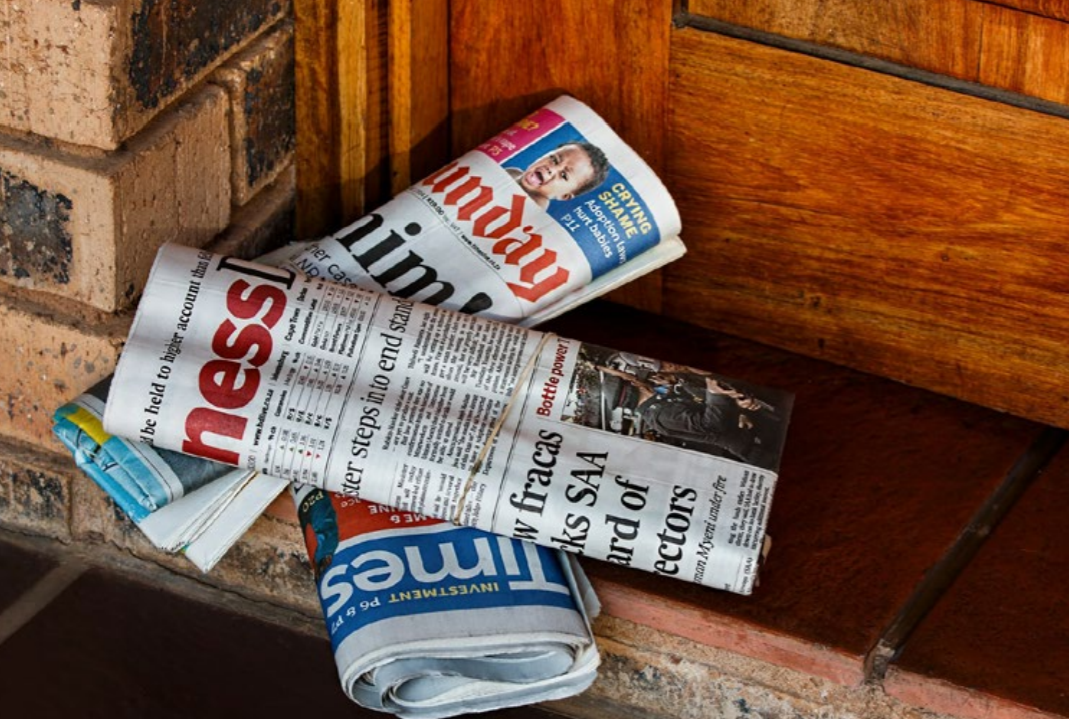 The global community has been battling the novel coronavirus infection (COVID-19) since November 2019. The pandemic is known to have infected over six million individuals, and claimed more than 350,000 lives across the world as of  June 3, 2020.

As it rages through the globe, the virus has drastically changed ways of life, crippled economies, and brought several businesses to their knees. Although the virus was slow at tightening its grip on the African continent, it has already seriously impacted several industries in Africa, including the media, which have steadily seen its revenue streams dwindle.

In the wake of the COVID-19 outbreak in West Africa, the drastic drop in advertising revenues which legacy media organisations traditionally depend on to stay afloat has further worsened the already existing challenges in media financial sustainability. In Ghana for example, the advertising industry is heavily impacted as it has recorded about GHs100 million in losses since the outbreak. If this trend should continue, media organizations who benefit from the industry are staring at a major cash crunch.

The situation is not different in Nigeria. “COVID-19 affects the very DNA of the traditional business model of media organizations which is advertising, circulation and events,” said Dapo Olorunyomi, CEO of Premium Times during an interview. “Many advertisers have not returned and may be difficult to win back in short to medium terms. Already 21 media organisations have sent out messages of massive staff downsizing and salary cuts,” he added.

Lockdown impositions and curfews are measures adopted by several governments in West Africa to contain the spread of the coronavirus. These steps, though might be necessary, have negatively impacted the survival of legacy media, particularly newspapers.

Emmanuel Akli, Editor-in-Chief at The Chronicle, a major newspaper in Ghana fears the pandemic could have a heavy toll on his newspaper. “If this pandemic should continue for a longer period of time, the newspaper industry will be devastated. We are recording drops in sales as customers are even afraid to touch the paper for fear of it being infected,” he said during a phone interview.

The situation is no different in Mali. Some newspapers are beginning to fade out, due to their inability to generate enough revenue. Youssouf Diallo, Head of Publication at Lettre du Peuple, hopes that the virus can be contained within a short time for businesses to fully resume. The alternative will mean his media organisation would have to stop operating.

‘’If by July the pandemic continues, we might have to close. We first saw our printing companies having challenges in operating at night because of the curfews and then our advertisement contracts which represent 80% of our revenues got cancelled due to the outbreak,” he said during a phone interview.

Newspapers in Liberia are also facing similar challenges. The Publishers Association of Liberia (PAL) announced the suspension of their print publications due to the imposition of the State of Emergency which will affect the distribution of their papers and lead to a massive decrease in revenues.

Radio remains the leading medium for news and information in West Africa.  Its importance in a pandemic such the current one cannot be underrated. Even in pre-coronavirus times, ensuring the sustainability of radio stations was a balancing act.  Baye Omar Gaye, General Manager of Sud FM, a prominent radio station in Senegal, believes that if the situation is not reversed, it might lead to difficult decisions with regards to staffing.

‘’Today everything is about the coronavirus, which is not lucrative and does not help in generating revenues. In the current context where economic activities have slowed down, businesses are not interested in advertisements. Meanwhile, about 90% of our revenues are from adverts. In the long run, tough decisions might have to be made to cut operation cost,’’ Baye said in an interview.

In Burkina Faso, the government has imposed both a partial lockdown and a state of emergency. Although a good number of stations are still operating, Paul Miki Roamba, Editor-in-Chief of Ouagadougou-based Ouaga FM, thinks that the future is uncertain.

“We are not yet to the point of laying off staff or being unable to pay salaries. However, there is no guarantee that we might not face such a situation as there are signs of an economic crisis because the advertising industry has completely collapsed,” he said.

As legacy media struggles during these times, the contrary is the case with online media organisations. Online news portals are recording a spike in number of visitors.

Seneweb, a major online media in Senegal is one of such platforms. According to Abdoul Fall Salam, General Manager of the website, his online media portal has seen a sharp rise in visitors and is now getting revenue from the public sector.

“Following the outbreak, we saw the number of visitors on our website increase by 30% on average. And although the private sector is not advertising much these days, we recorded an increase of governmental communications which we do at a fee,’’ he pointed.

Seneweb is not the only online outlet to have recorded an increase in the number of visitors during this outbreak. Other major online media organisations across West Africa including Banouto Media in Benin, MediaForce-Afrique in Senegal, and International Centre for Investigative Reporting in Nigeria have all recorded a massive surge in number of visitors.

Although this is yet to translate into increased revenue streams for some outlets, Ade Simplice Robert, General Manager of MediaForce-Afrique, thinks that it presents an opportunity for online media organisations to gain more recognition.

The coronavirus pandemic is posing a serious challenge to the revenue streams of a number of media organisations. However, the spike in online media visits and the prospects of improved revenue in the online space could be the potential accelerator to a digital revolution in the media industry and the switch towards online media. While the pandemic is having a devastating effect on legacy media,it highlights the growing viability of digital media platforms . In the context for West Africa where internet connection remains poor and what is available remains highly priced, the viability of online media platforms may still not be certain and would continue to require deeper analysis and reflections by all stakeholders.