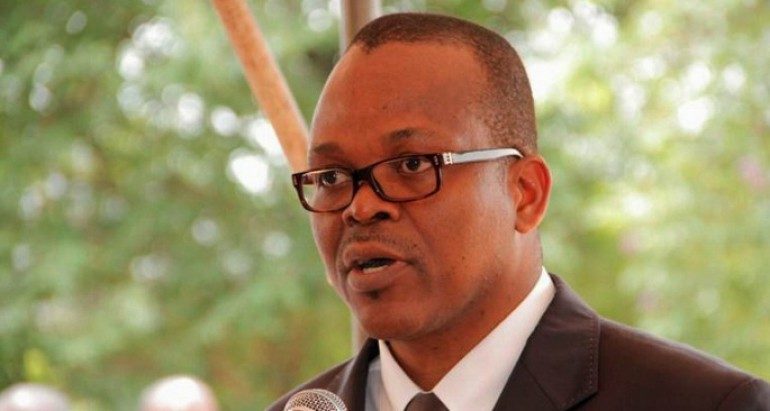 In what is becoming a worrying crackdown on freedom of expression online in Cote d’Ivoire, a court in Abidjan has sentenced an opposition Member of Parliament to one year in prison for a post on Twitter.

Alain Lobognon, the opposition Member of Parliament, was also fined CFA Francs 300,000 (about US$ 550) after being pronounced guilty of “disseminating false publication and incitement to revolt on social networks” on January 29, 2019. The persecutors had cited Articles 173, 174, 175 and 178 paragraph 2 of  the Ivoirian penal code.

On January 8, 2019, Lobognon published on Twitter that the State Prosecutor would soon order the arrest of another parliamentarian, Jacques Ehoua, who is under investigation for suspected acts of embezzlement. The prosecutor denied Lobognon’s claim and ordered his arrest and subsequent detention on January 15, 2019.

Despite a protest from Parliament that Lobognon was entitled to parliamentary immunity under Articles 92 and 45 of the constitution and National Assembly internal regulations, he was detained until his eventual conviction.

Lobognon’s lawyers say it is “a political trial” and have vowed to appeal the sentence. They also link his trial to their client’s outspoken opposition to President Alassane Ouattara’s possible third-mandate ambitions.

“It is a political trial, just because Mr. Alain Lobognon is close to Guillaume Soro [Speaker of Parliament who has fallen out with president Ouattara] and because Alain Lobognon has spoken out against attempts by the President of the republic to stand for a third term,” Affousiata Bamba, one of the defense lawyers, told reporters after the judgement was passed.

The prosecution of Lobognon follows a recent trend of attacks on freedom of expression online.

On January 28, 2019, Daleba Nahounou, who is the Acting Secretary General of the political pressure group, Coalition of des Indignés de la Côte d’Ivoire, appeared before a judge at the Public Prosecutor’s Office in Abidjan over a Facebook post in which the political activist had criticised the Ivorian authorities for abuse of power.

Although Nahounou was not detained, his freedom is far from guaranteed as the trial continues.

The crackdown has also seen the police detain and molest a young man, Soro Tangboho, who filmed and posted a video of police officers allegedly extorting money from motorists in the Northern town of Khorogo. Tangboho was arrested on November 8, 2018 after he published the video.

After being held for two days at the police station in Khorogo, where he was allegedly beaten, Tangboho was transferred to the Directorate of Territorial Surveillance and finally to the Abidjan Detention and Correctional Center where he is still being held without trial.

“My son has not seen the judge since his incarceration; he is currently sick. His body swells and he suffers from heartaches,” Tangboho’s mother lamented to reporters.

MFWA is deeply concerned about the repression of freedom of expression online in Cote d’Ivoire. For a country that has decriminalised libel, one would expect the Ivorian authorities to demonstrate a higher level of tolerance for the kind of expressions contained in this report which are more indiscreet than criminal. We urge the authorities to respect citizen’s right to freedom of expression both offline and online which the country’s constitution guarantees