Killing of protesters in Ejura: new low in Ghana’s descent into lawlessness 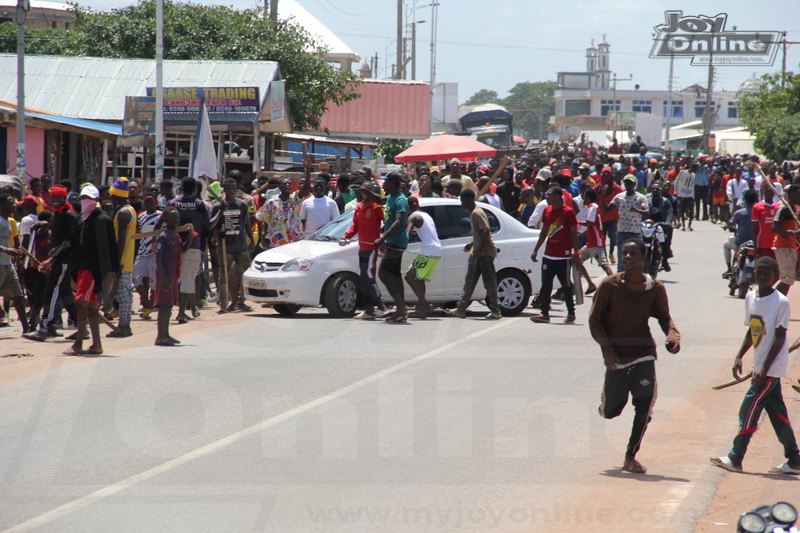 The killing of two protesters in Ejura in the Ashanti Region of Ghana marks a new low in Ghana’s descent into lawlessness, and the Media Foundation for West Africa MFWA condemns it in the strongest terms.

The killings occurred on June 29, 2021, following clashes between joint police and military team and a crowd of irate protesters. The protests erupted shortly after the burial of Ibrahim Anyass Muhammed, alias Kaaka, a popular social activist who died from his injuries on June 28 after being attacked by some thugs.

The joint police and military team had been deployed to the town in anticipation of troubles, clashed with the protesters, leading to the death of two and injury to at least ten others. This comes on the heels of the 2020 general elections which recorded at least five deaths and several other incidents in perhaps the most violent elections under the Fourth Republic. Ahead of the general elections, the country had witnessed some serious security breaches during the Ayawaso West Wuogon Parliamentary by-election of 2019 which was marred by violence with National Security Operatives in the thick of affairs.

The MFWA finds it scandalous that the authorities deployed armed security personnel to confront distraught members of a community that has suffered a painful bereavement rather than proactively send emissaries to liaise with the chiefs, youth leaders and elders to calm tempers.

We are concerned about the increasing number of botched security operations that have resulted in flagrant abuses of human rights. The attack on the protesters went well beyond the pale of reasonable force, and violates the UN-sanctioned Basic Principles on the Use of Force and Firearms by Law Enforcement Officials, which states, among others, that;

The above-mentioned Principles also urges governments to “ensure that arbitrary or abusive use of force and firearms by law enforcement officials is punished as a criminal offence.”

In view of the above, we welcome the call by President Akufo-Addo for a public inquiry into the deadly crackdown on protesters at Ejura. While the call is in order, the outcome of the inquiry is more critical. There have been many such inquiries in the past whose outcomes have produced nothing concrete. These include the Emile Short inquiry into the Ayawaso West Wuogon by-election incidents. Ghanaians demand and deserve a credible probe leading to retribution for the perpetrators of the Ejura violence and killing.