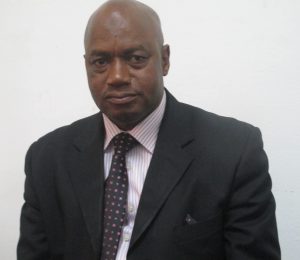 The Media Foundation for West Africa (MFWA) has learned with disappointment the revocation of the accreditation of Radio France Internationale’s (RFI) Guinea correspondent, Mouctar Bah.

The decision taken by the media regulatory body, Haute Autorité de la Communication (HAC), on November 14, 2018 followed Bah’s report on a recent crackdown on the demonstrations by security forces that resulted in the killing of two demonstrators and a police officer.

According to our correspondent in Guinea, Mouctar was summoned on November 12 to Haute Autorite de la Communication( HAC) following a complaint lodged against him by the Minister of Information and Communication, Amara Somparé. He is accused of having made an unbalanced coverage of the demonstrations, especially about the deaths recorded on 7th and 8th November, 2018.

According to a statement issued by the HAC on November 14, 2018, the journalist was ordered to provide an opportunity to the Ministry of Defense to make a rejoinder to the story before adding that Bah’s accreditation to report in the country has been revoked following his inability to justify his report.

“No application for a new accreditation can be considered before the end of February 2019,” the statement concluded.

The MFWA finds the sanction of the HAC unjustified, and considers it rather as an attempt to censor reportage on the increasing fatalities from the recent wave of demonstrations in the country. The HAC’s decision to close the door to a fresh application for accreditation until the end of February is a denial of the right of appeal. MFWA urges the HAC to stand by the media rather than help mussel it.