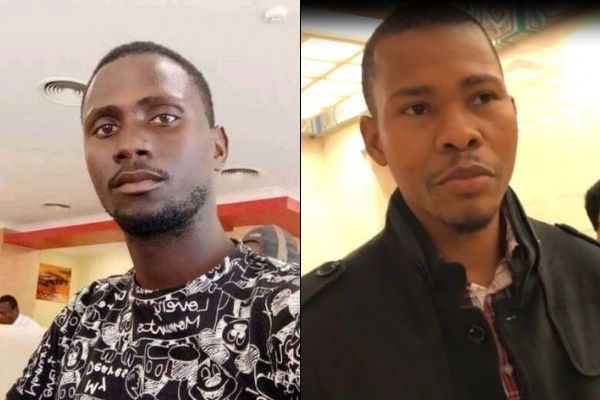 The authorities in Guinea Bissau must probe the attack by security forces on Souleymane Seidy, a journalist with the private Bombolom FM radio station, and civil society activist Franique Da Silva and ensure that the assailants are brought to book.

Souleymane Seidy was, on January 28, 2021, assaulted by the police while he was interviewing protesters who were demanding that the government rescinds its decision to close all schools in the country. The decision was taken as part of COVID-19 control measures.  Several hundreds of students and other citizens gathered in the Chapa de Bissau commercial district in the morning of January 28 to denounce the measure. They were dispersed with tear gas canisters by the security forces.

A civil society activist and a leading figure in the protest, Franique Da Silva, was also brutalised by the police who had warned him to stay away from the protests.  Seidy and Da Silva were both taken away by the police to the Segunda Esquadra prison in Bissau and detained for five and eight hours respectively. The day before the protest, the two had participated in an interactive broadcast on Bombolom FM radio and criticised the one-month suspension of public and private schools in the country as unnecessary.

This incident comes 17 days after Baducaram Imbenque, a sports journalist with the state-owned Television Guinea-Bissau (TGB), was summarily suspended from work.  In a letter dated January 11, 2021, the director of the public broadcaster, Amadú Djamanca, simply suspended the journalists indefinitely without giving any reason.

The victim told the MFWA his last assignment was the coverage of a friendly football match between the Executive and Legislature, and that he could not remember any act of misconduct or indiscretion to which he could link his suspension.

President of the Republic, Umaro Cissoko Embaló, acted as the referee in match played at the Lino Correia stadium in Bissau. It is widely believed that Imbenque was suspended because he was thought to have snubbed the President by excluding him from his post-match interviews.

When contacted to corroborate the information, the director of Television Guinea-Bissau, Amadú Djamanca, promised to react “when possible.”

Press freedom and freedom of expression in Guinea Bissau have come under siege in recent times. In August 2020, a critical blogger, Danilson Ferreira, was arrested, beaten up and thrown into the cells of the Judicial Police for a week, forcing him to flee to Lisbon, Portugal upon his release.

On the night of October 6, 2020, a group of unidentified armed men picked up Kéba Sané and Carlos Sambou, two critical bloggers who reported that their captors were led by Trcherno Bari, the head of President Umaro Sissoco’s security.

Following these incidents, a Bissau-Guinean lawyer and human rights activist, Souleymane Gassama, complained that “the state continues to flout the rules guaranteeing freedom of the press and of expression, to the point of compromising the democratic rule of law.”

The Media Foundation for West Africa (MFWA) condemns these acts of aggression and repression against press freedom and freedom of expression in Guinea Bissau and demand a probe into the recent violations against journalist Seidy and activist Da Silva. We also call on the Management of TGB to recall Imbeque to work. The media and civil society are government’s allies in the fight against corruption and efforts at promoting good governance. We, therefore, urge the authorities in Guinea Bissau to act to end the trend of repression against journalists, and activists.