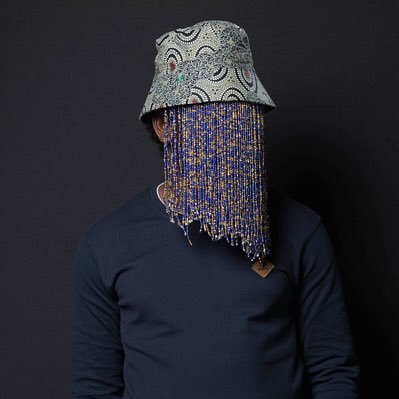 Early last month, controversial Ghanaian journalist, Anas Aremeyaw Anas, released a documentary relating to issues of corruption in football administration. The documentary has, since its release, caused the resignation of top football officials and the dissolution of Ghana’s Football Association. Our Executive Director, Sulemana Braimah, in this write-up, however, argues that the work produced by Anas is not a journalistic piece.

Read the full article below:

On June 6 and 7, 2018, Anas Aremeyaw Anas, publicly screened his much advertised 90-minute documentary, titled Number 12. The documentary was presented as a piece of journalistic investigative work. But knowing the methods used in procuring the contents of the documentary, can it be accepted as a journalistic piece of work? My answer is no.

Before I go on to my reasons, I must say that I am aware that for the majority of Ghanaians, whether or not the approach or methods used in obtaining the contents of the Number 12 documentary were journalistically acceptable does not matter. What matters is results and the impact. For the majority of people, therefore, once the documentary has had an impact, the end should justify the means.

I agree the documentary has made an impact. But what is also true is that the impact it has made is not because it is a piece of journalistic work. Indeed, if agents from the Bureau of National Investigations (BNI), police, national security or any member of the public were to use the same methods to procure, edit and screen the same product, the impact could be the same.

In the interest of the journalism profession, we don’t have to be blinded by just results or impact without interrogating the processes used in producing a story. Once the Number 12 documentary was intended to be presented and was actually presented as a piece of journalistic work, the processes for procuring the content must have been those that are acceptable in journalism.

So why do I say the methods employed for procuring the content of the Number 12 documentary are journalistically unacceptable? The reason is simple and it is this: whether through undercover, subterfuge, deception, sting or whatever nice name we may choose to call it, a journalist cannot and must not be an actor, co-creator or manufacturer of an event, act or incident; record same and present to the public as a journalistic investigative piece of work. No, that cannot be acceptable in journalism.

Better still, a journalist cannot engage in acts of instigating an action, recording the results of his action, edit the scenes triggered by his action, and report edited scenes from the results of his action to the public and call that report a journalistic piece. But this is exactly what Anas and his team did for the Number 12 documentary. They triggered, prompted, promoted, activated and enabled the actions that constituted the contents of the number 12 documentary.

To explain further, we know that in order to have something to record for a story and the Number 12 documentary for that matter, Anas and his team had to deceptively engage with their subjects, pose as interested parties, pay monies to them in some cases and then record the process. So, basically, but for the actions of Anas and his team, there would have been no actions to record, no files to edit and no Number12 documentary. So how can that be journalism.?

I have heard claims that the methods used to procure the content for the Number 12 documentary are acceptable methods under Ofcom (the British Communications regulator) rules. I have read the Ofcom rules and nowhere in the rules is it stated that it is acceptable for a journalist to trigger, prompt, co-create or manufacture acts, scenes and record same as a story, in the name of undercover or any form of journalism.

In fact, in a published guidelines for its producers on how not to breach the Ofcom rules when it comes to secret filming or undercover work, UK’s Channel 4, acknowledges that “surreptitious or secret filming and recording are powerful journalistic tools.” It then goes on to say that: “covert filming and recording is not just another programme technique and must be handled in accordance with best journalistic practice.”

The guide then goes on to state what is even more instructive where it states: “in the process of interacting with the secretly filmed subject(s) care must be taken to ensure that wherever possible the secret camera operator avoids encouraging conduct which might not have occurred at all but for their intervention.” I hope you got this right.

In the case of the procurement of the contents for the Number 12 documentary, Anas and his team planned and acted in ways that prompted conducts (on the part of their subjects) which will not have occurred at all but for their intervention. How can that be acceptable or justified under Ofcom rules or journalism for that matter?

People deceptively make the blanket statement that Anas has always used the same methods. That is not true. What Anas did in the case of Euro foods, Psychiatric hospital and a few others were different. In those ones, he went undercover to film happenings and revealed those happenings. He did not instigate, trigger, prompt or create those happenings and record same as stories. In those cases, he needed to capture the happenings and the only way that was possible was to go undercover. Those were journalistic pieces!!

For those who insist that the Number 12 documentary is a piece of journalistic work, let’s consider the following scenario:

A journalist has a brother who wants to join the Ghana police service. So the journalist gets an appointment with the Inspector General of Police (IGP) ostensibly for an interview but the intention is to discuss his brother’s desire to join the police with the IGP and try to offer the IGP something to pave way for his brother. During the meeting, the journalist tells the IGP about his brother and asks for the IGP’s help. At the end, the journalist offers the IGP an amount of money. The IGP calls in his officers and instructs them: “arrest this man for trying to bribe me.”

When the journalist is arrested, he says: “I have heard several stories that this IGP is corrupt and has been accepting bribes to get people recruited into the police service. I am a journalist and here is my ID card (he flashes his genuine press card). I was just doing an undercover work to try and catch the IGP in the act to prove what people have always been saying. Here is my secret recorder (shows a hidden device which shows off as a button on his shirt). I am doing this as part my contribution to the fight against corruption in Ghana. Yeah, I am a journalist so please let me go.”

Now, what do you think? Once he has proven that he is a journalist, shown a secret recorder and says that he was trying to do undercover, subterfuge or sting journalism to help in the fight against corruption, should he be set free and not charged with any offence? If not, why? If you think he should be set free because he is a journalist then I have a question: Should it now be acceptable for journalists to engage in acts of bribery and when caught all they have to do to set themselves free is to prove that they are journalists?

I will describe the Number 12 documentary as a non-journalistic product of private investigations by Tiger Eye PI led by Anas Aremeyaw Anas who is a journalist.