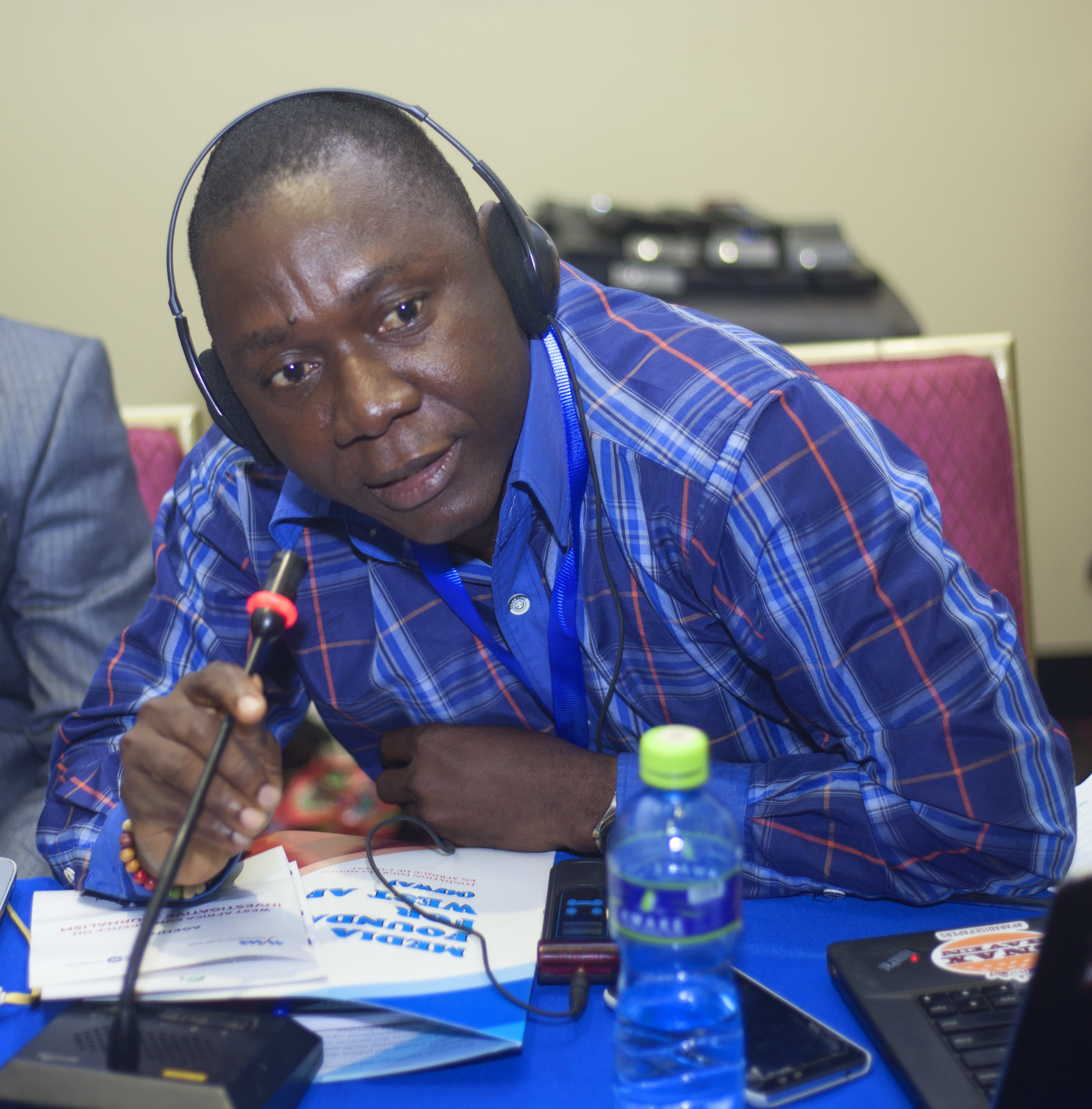 WANIJ is a newly constituted network of investigative journalists in the West Africa region coordinated by the Media Foundation for West Africa (MFWA).

The African Investigative Journalism Conference is an annual event organised by the University of Witwatersrand in Johannesburg. The Conference will be Alloycious’ second speaking engagement in less than a month.

On October 10 and 11, 2018, Alloycious David, a prominent journalist in Liberia, was a panelist at the West Africa Conference on Investigative Journalism organised by the Media Foundation for West Africa (MFWA) in collaboration with DW Akademie in Accra, Ghana. The Conference had over 60 investigative journalists from across West Africa, with some participants from the US, Kenya and Tanzania.

At the upcoming AIJC, Alloycious will serve on the panels under the theme “Touching a Raw Nerve: Tackling Land Issues,” and the “West Africa Leaks.”