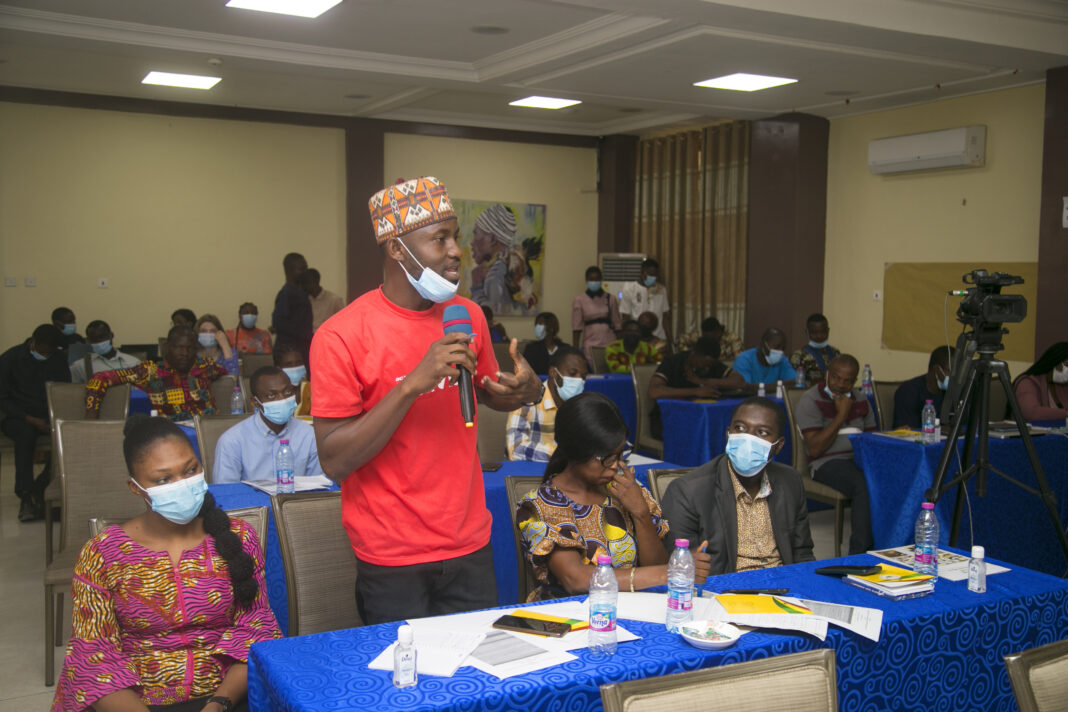 When Seth Priceless Amegamie wrote to the Ada East District Assembly to find out the number of government bungalows within the district, the response he got was not what he was expecting.

“They said the information I requested for does not exist,” he broke out laughing.

It was the laughter of an empowered person. He is one of 30 citizens who had participated in a training programme organised by the Media Foundation for West Africa (MFWA) in the Ada East district on how to use Ghana’s Right to Information (RTI) law.

“We were guided on how to write an RTI request. They advised us that it should be precise, measurable, accurate so that you don’t leave room for speculation,” Rayan Idi Yussif from Sagnarigu said.

Soon RTI requests began popping up in public offices in these three local Assemblies for the first time since the law came into force in 2020.

“I wanted to know what was the approved fees for the nursing training college,” Rayan remembers his first request followed up by another to the district assembly on the number of CHPS Compound in the area.

“I was so fascinated I just wanted to test the law,” Nana Yaa Konadu Osei, a teacher from Ejura-Sekyedumase, explained her motivation when in November 2021, she wrote to get an account of revenue and expenditures in 2013.

But as they sought to test the RTI law, their own initial excitement was also tested.

From Ejura, Nana Yaa said her first hurdle was getting the Assembly to receive the letter. “They told me they didn’t have an information officer,” she said.

It was a familiar response from three other participants.

“You could see that nobody wanted to acknowledge receipt of the request. They were pushing me up and down,” Rayan Iddi Yussif, a student from Sagnarigu, also complained.

“I had to go and come back the next day,” Nana Yaa Konadu said

Only Julius Odoi Amesimeku of Radio Ada said he did not face a challenge in submitting the letter. He had wanted to know the contractor for the local market and the cost of the project among other things.

But the challenge he faced was getting a response within the stipulated 14 days. Julius said it took him a month to hear from the Assembly. For Rayan, “more than two months”.

Seth said it took three months to hear from the Ada East District Assembly. And for Nana Yaa, she says she is yet to get an official response to the letter she wrote last November.

She said she was however called into a meeting where an official, whom she does not want to name, appeared bewildered at the thought of someone in the district using the RTI law. She was told it was not the right approach.

“He said why do I have to write a request when I could just come to the office and ask for the information,” the teacher said. That meeting lasted several hours.

According to Nana Yaa, the local government official felt that documenting a request was a sign of someone spoiling for a fight in court should the information not be granted.

Eventually, she did not get the information she sought. She rather got an oral explanation of the Assembly’s refusal to grant the information. She was told that while the RTI law was passed in 2019, her request about 2013 revenue and expenses in the district was “way beyond the RTI law.” In short, she was using the law retrospectively.

She said after more than the stipulated 14 days without any answers to her questions, she appealed to the District Chief Executive.

But it worsened the suspicion within the Assembly, she said. At a meeting at the private residence of another top official she doesn’t want to name, she said the official asked; “My daughter, what do you need this information for?”

The RTI law does not require an applicant to state reasons for the information requested.

After more than three months since she first applied for information, Nana Yaa said she finally had to follow the next step of the law by petitioning the RTI Commission to make a determination on her request.

Nana Yaa Konadu is not the only one to have been called into meetings over an RTI request. Rayan said he was also called into the principal’s office for a meeting over his request to know the approved fees for the nursing training college in Sagnarigu.

“The Principal was surprised and a little uncomfortable,” he said. The Principal explained to him that before releasing the information he needed to obtain clearance from the Attorney-General.

“It was just a request for approved fees,” Rayan laughed. But he finally got the information – after two months.

He found this surprising as the response to Julius’ request for information on the construction of a local market in Ada East. According to Julius, the Assembly said the information requested was not clear.

“What is not clear about asking who the contractor was?” he found the explanation untenable.

While the participants recounted their experiences with the RTI law, Dr Winnifred Nafisa Mahama, the Information Ministry’s Director of Access to Information (ATI) sat through listening.

Providing a context for the challenges they encountered, she explained that public and civil services are still trying to adjust to the decades-long belief that “confidentiality is the rule but disclosure is the exception.”

“The goal of the RTI is to guarantee that government operations are as open and as transparent as possible at all levels, including MDAs and MMDAs.”

Spearheading the need for behavioural change, Dr Nafisa Mahama explained that the Information Ministry has since March 2020, trained 478 designated officers and 478 records officers from the Ministries, Departments and Agencies (MDAs) and the Metropolitan, Municipal and District Assemblies (MMDAs).

It has also recruited and trained 99 information officers and deployed them to public institutions, armed with computers and printers. The RTI training within the public service also included Chief Directors at the ministries, she said.

She praised the MFWA for championing the cause of the RTI law in Ghana, including going as far as the courts to seek redress.

“The Foundation has been consistent in their public advocacy for the rights of persons to access information,” the director said.

Taking his turn, the Executive Secretary of the RTI Commission, Yaw Sarpong Boateng, encouraged the participants not to give up on the law, urging them to file their appeals through the Commission’s official email address. He said the Commission can use Zoom (an online platform) to set up meeting and decide on appeals it has received from any part of the country.

The RTI Commission, he said, will soon be able to prosecute offences under the RTI law. Already it has fined the Ghana Police and the Ghana Fire Service GH¢50,000 each for failing to provide information requested by The Fourth Estate, a journalism wing of the Media Foundation for West Africa.

The MFWA training for the 30 citizens has yielded 30 RTI requests within Ghana’s 261 MMDAs.

Nana Yaa Konadu Osei said she had never bothered about asking for information from a government department or agency until she was trained on how to use the RTI law.

“It’s the first time in my life that I would go to any institution to ask for public information,” she said.

Rayan said his initial experiences with using the law have been empowering. “We are planning to knock on the doors of other institutions,” he indicated.

Julius believes the best way to get the MMDAs to fully cooperate with the law is to file more requests as its implementation is also a learning curve.

Seth agrees with him. He still finds the response of his assembly worth laughing at. “The information you requested does not exist”. It is the laughter of an empowered person.