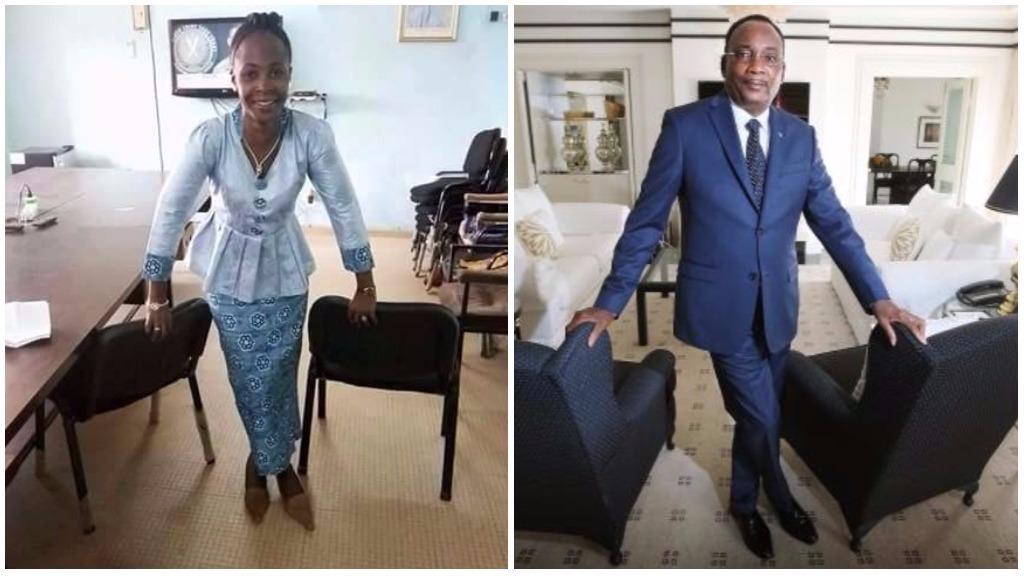 The authorities at the state-owned publishing firm ONEP in Niger have ended their relationship with a regulator contributor to their columns after she posted on Facebook a picture of herself mimicking President Mahamadou Issoufou.

The original picture of the President standing cross-legged between two sofas with each hand clutching the shoulders of the sofas was published by The Australian newspaper. The picture has since been widely publicised on social media in Niger. However, Samira Sabou’s decision on October 18, 2017 to amuse herself by taking a picture of herself in a similar pose and posting it on Facebook did not amuse her employers at ONEP, publishers of two newspapers Le Sahel and Le Sahel Dimanche newspapers of which she was a contract staff.

“A day after my publication of the photo on Facebook, the Manager of ONEP [Assane Soumana] summoned me. He took my telephone and deleted the post himself. I had previously been summoned over my Facebook posts which are sometimes critical of the Nigerien authorities. He told me that they [my Facebook posts] do not conform to the editorial line. But I think my Facebook page does not concern my workplace,” Samira Sabou told the French news website observeurs.france24.com

Samira was summoned for the second consecutive day by the Managing Editor Assane Soumana and informed that she was no longer welcome at the organization. The next day, she read of her sack in the newspapers.

The Managing Editor however insisted that Samira’s dismissal had nothing to do with the photo. “It is for one reason that I asked her to delete the photo; it was taken in the offices of Sahel. We do not want our image to be associated with personal publications on social media,”  Soumana argued.

Meanwhile, several internet users in Niger have decided to show solidarity with Samira by mimicking the President’s trademark posture and posting it on social media.

The MFWA finds the action of the Management of the state publisher as unfair and intolerant of free expression. It is obvious that the Management of ONEP appears to consider Samira’s action as an affront to the image of the Head of State. We therefore appeal to President Issoufou, as a democrat and father of the nation, to disown the action by ONEP and prevail on it to recall Samira to her job.