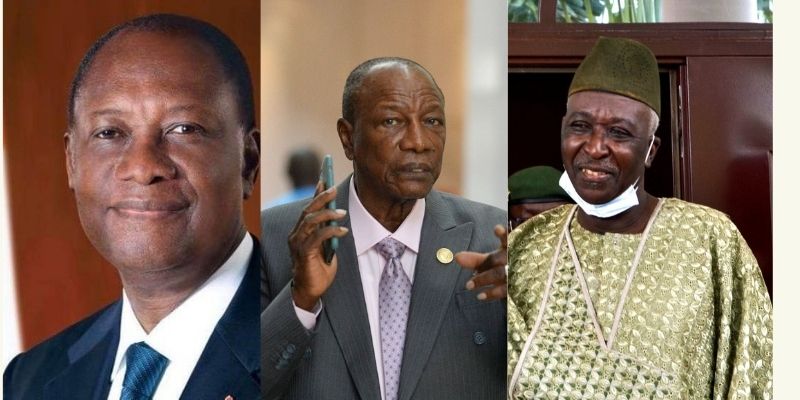 The ECOWAS bloc countries have been considered relatively more progressive in terms of democratic standards. However, events on the political scene of some West African countries over the past two years indicate a gradual erosion of democratic gains made over the years.

In 2019, Benin organised controversial legislative elections in which no opposition candidates participated. Early on this year, President Faure Gnassingbe contested and won Togo’s presidential election for the fourth time, after removing term limit set by the Constitution.

Guinea has also simmered with political tensions before the controversial referendum that led to the amendment of the constitution which allowed President Alpha Conde stand for a third term and subsequently won the presidential elections amidst opposition claims of widespread irregularities. Media houses were suspended or shut down and the internet was disrupted as Guineans waited impatiently for the election results. Scores of protesters were killed and a number of journalists were arrested or assaulted in the heat of the uproar dating back to early 2019.

The situation in Cote d’Ivoire is not different. Tensions have been running high since President Alassane Ouattara announced that he would seek a third term in office and went on to win the presidential elections which was largely boycotted by the opposition.

The Republic of Mali which has over the past decade been grappling with armed insurgency on many fronts, was dealt a further blow on August 18, 2020, when the military seized power following days of mass protests against the government of Ibrahim Boubacar Keita.

Besides the politics, the corona virus has also wreaked havoc on economies with the media industry being one of the hardest hit. Journalists have been laid-off, some have been infected and salaries have been cut at a time the media is badly needed to help inform and educate the public on the COVID-19 pandemic.

Given that a tensed political and social climate affects the media environment and given the crucial role of the media in democracies and during public health emergencies, it is important to examine how the COVID-19 and the political events in Mali, Guinea and Cote d’Ivoire have affected the media.

To do this, the Media Foundation for West Africa MFWA is organising a series of webinars featuring media and governance experts, journalists and activists in the three countries. The webinars will discuss the safety of journalists and the right to information challenges posed by the twin evil of the COVID-19 and the political upheavals in Mali, Cote d’Ivoire and Guinea.

The webinars are being organised as follows: