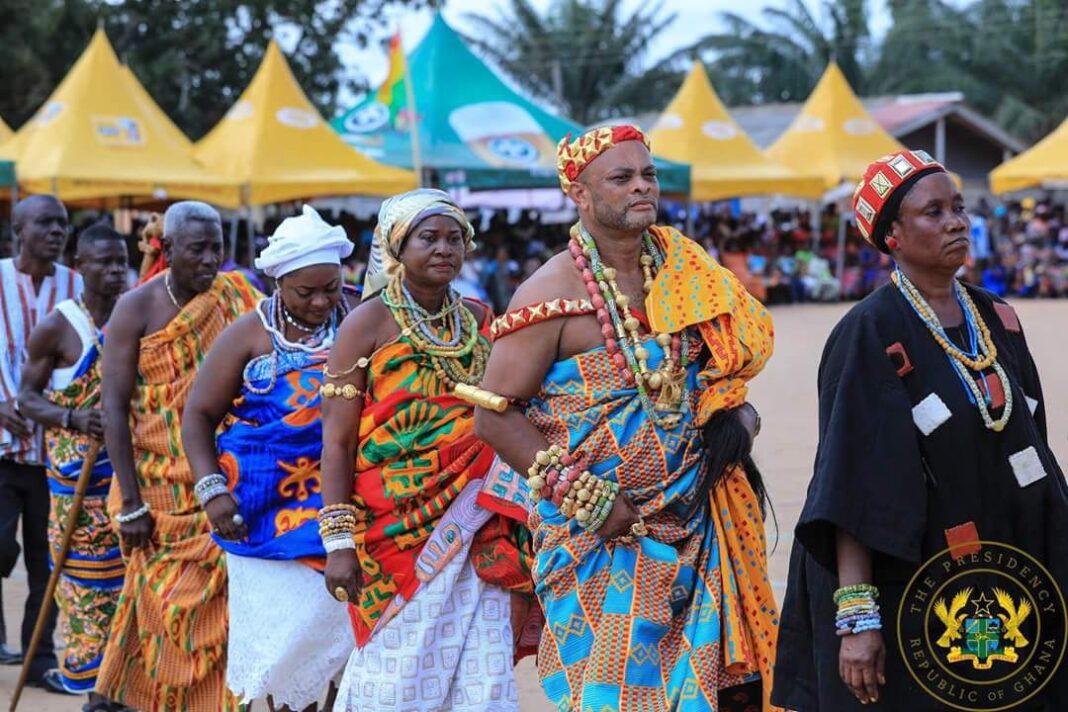 The Media Foundation for West Africa (MFWA) strongly condemns the Ada Traditional Council’s manifest effort to undermine and censor Radio Ada as demonstrated in its prohibition of the local radio station from covering this year’s edition of the annual Asafotufiami Festival.

“In the meantime, I am directed to inform you that the Traditional Council has deemed it necessary to place the following restrictions on Radio Ada during this year’s Asafotufiami festival” read in part a letter addressed to Radio Ada on August 1, 2022, and signed by the Chairman of the Asafotufiami Festival Planning Committee, Nene Agudey Obichere III.

The letter mentioned the following restrictions:

The letter further urged Radio Ada to respect the above restrictions to avoid embarrassment.

The above-mentioned communication was in response to a previous letter from the Management of Radio Ada who sought to draw the festival Planning Committee’s attention to what the radio station thought was their inadvertent exclusion from the list of media houses invited to the launch of the festival on July 30, 2022. According to the Management of Radio Ada, they only “came to learn of the launch from other media.”

For the MFWA, the Ada Traditional Council’s emphatic decision to bar Radio Ada from covering the festival and the accompanying threat to embarrass the station’s journalist is in bad taste. It is retrogressive for chiefs, who are supposed to promote peace and unity to bar a radio station and its staff from participation in a festival that seeks to promote peace and unity.

The Asafotufiami is celebrated to commemorate ancient wars, to highlight the horrors of conflict and to underline the need for internal unity and peace with neighbouring communities. It is, therefore, shocking that the traditional leadership of the Ada area could use this sacred festival to settle parochial scores with a local radio station that has served the community with unstinting dedication and loyalty over the past two decades.

We are aware that some chiefs in the area resent Radio Ada over the station’s “Manor Munyu”, programme which discusses the Songhor Lagoon Lease and its implication for the economic survival of the local people who depend on artisanal mining for their livelihood. It is curious, if not regrettable, that three of the station’s staff specifically mentioned and told to stay away from the festival are part of the four-member team that produces and presents the Manor Munyu programme.

Indeed, according to officials of Radio Ada, at a recent meeting, a delegation from the Traditional Council requested that the station should tone down on its discussion of the lease of the Songhor Lagoon to ElectroChem Ghana Limited, owned by powerful Ghanaian businessman Daniel Mckorley. The station further says that it rejected a request from the chiefs to stop mentioning the name of the Paramount Chief of the Traditional Area, who is believed to be a strong backer of the lease agreement, when discussing the salt industry.

The Ada Traditional Authorities’ blacklisting of Radio Ada cannot, therefore, be divorced from the station’s advocacy on the salt industry. The action is also sadly in keeping with recent acts of hostility that the station has endured for its resolute and frank advocacy for accountability from the authorities.

On January 13, 2022, some armed men numbering about 12 stormed the premises of the community radio station, assaulted two of its journalists and vandalised equipment. While assaulting the presenter, the thugs issued warnings to the station to stop its Manor Munyu programme.

On May 24, 2022, the Tema police detained for several hours the producer of the Manor Manyu programme, Noah Dameh, over false publication charges. The charges related to a May 8, 2022, Facebook post by Dameh which contained the picture of a citizen of Ada, Benjamin Anim, handcuffed to a hospital bed. The accompanying write-up claimed that Anim was abused by the police at the instance of ElectroChem Ghana Limited. The story said Anim was arrested in his house after he went to the rescue of a fellow Ada citizen (known to be an active campaigner against the ElectroChem deal), who was being assaulted by a gang of non-natives believed to be close to Daniel McKorley. The police said Dameh was arrested upon a complaint by ElectroChem Ghana Limited.

On August 2, 2018, the police stormed the station in search of one of its presenters, Joseph Korletey Korley, popularly known as DJ Koxterio. The journalist had angered the chiefs of the traditional area by demanding that they account for the funds raised at the annual cultural festival, Asafotufiami.

The above context provides some understanding of the hostile attitude the Ada traditional authorities have adopted towards Radio Ada, and this should not be ignored by the police as they investigate the January 13, 2022 attack on the media organisation.

The MFWA condemns the hostility against the radio station, obviously for its accountability programming. The salt industry is at the core of the economic survival of the people of Ada. We are therefore appalled at the active involvement of the traditional authorities in attempts to silence the radio station, which has dedicated itself to informing and educating the citizens on the industry, and offering them a platform to discuss their concerns. We commend Radio Ada for its principled stand on the Songhor Lagoon Lease and assure the Management of our unwavering support.