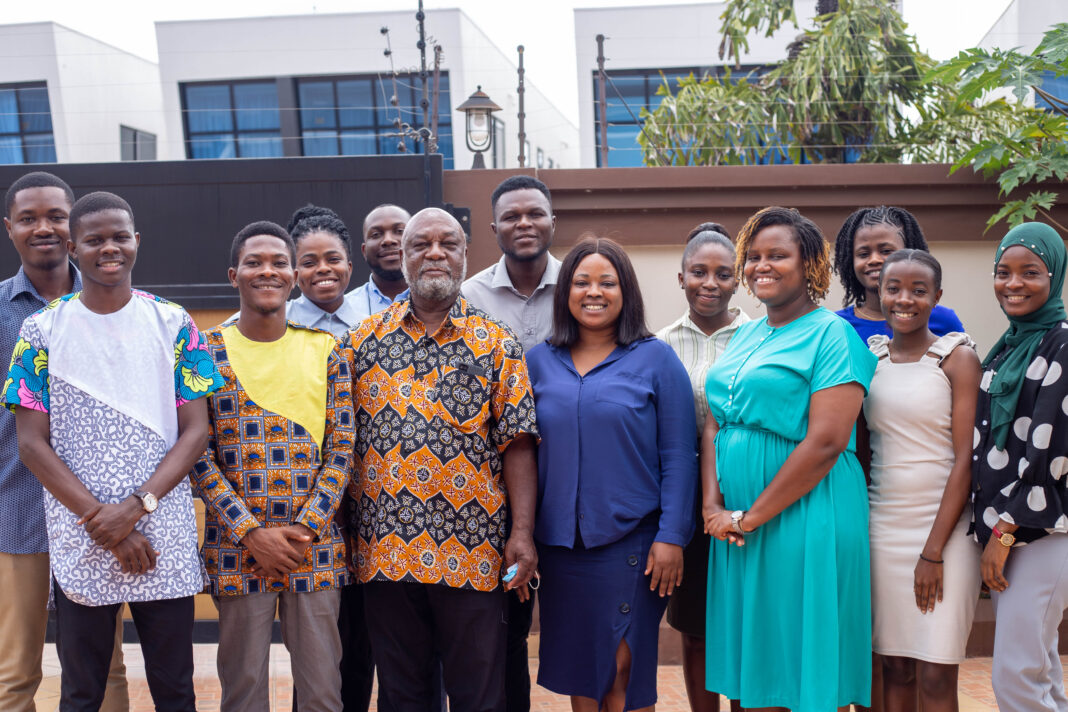 The Founder and former Executive Director of the Media Foundation for West Africa (MFWA), Prof. Kwame Karikari, has implored up-and-coming journalists to be guided by their conscience in the practice of their vocation.

Prof. Karikari, who was speaking to young journalists who are Fellows under the MFWA’s Next Generation of Investigative Journalists (NGIJ), 2022 edition, reiterated that journalism is a public service. Consequently, he said, journalists must be guided by sound values and have a sense of social responsibility.

He said despite the myriad of challenges bedeviling the media on the continent, especially West Africa, there is still good public-spirited journalism that should be emulated by young journalists.

“If you are getting into this profession, you must go back to the basics, that is the traditional values upon which journalism was founded and that is what is in the interest of the public. Journalism is a public service. In every public service as you can observe, there are people who pursue the interest of the public, and there are others who use the service for their personal aggrandizement. For such journalists, they tend to be what we call mercenaries.

“Whatever they can to use the journalism to eat, they will do that. It doesn’t matter what the cost of that journalism is to society, to individuals, to their family members. [But] you ought to be journalists that want values in society, journalists with conscience, who understand social responsibility. Live by some values, some ethical moral principles that enhance your own happiness, your own self-respect,” he urged.

The former Director-General of the Ghana Broadcasting Corporation (GBC) and press freedom advocate, lamented that although the media in West Africa and Africa has expanded tremendously with several privately owned media outlets springing up, public interest journalism is on a decline.

“Media and journalism have grown tremendously in the last 3 or so decades in our region. There are more media outlets. The states are no more monopolies of media. There are many privately owned independent media organizations. The media, by and large, are still trying to provide useful and reliable information to the public, but the kind of media that is reliable and that is also useful in terms of public interest for our citizens in our different countries, that kind of media is on the back footing. It is becoming fewer and fewer,” he said.

Prof. Karikari, therefore, expressed delight that young journalists of the NGIJ fellowship are desirous of venturing into that variety of journalism.

He advised them to be open-minded and eschew sectionalism and that allying themselves to a particular sect in society especially political parties, will compromise them and make them accomplices of the corrupt system.

Speaking on the current state of the media and press freedom in West Africa, he lamented what he described as the invasion of the space by unprofessional journalists and politicians whose sole aim is to advance their campaigns and attack opponents.

The situation, he noted, is eroding public trust and confidence in the media and practitioners of the journalism vocation. Against this backdrop, he advised the young journalists to stick to the ethics of the profession and always strive to improve upon their skills in order to deliver journalistic works that are of high standards.

Prof. Kwame Affum Karikari, a veteran media practitioner, has left a remarkable footprint in the media landscape across West Africa. He has worn many professional robes in the media, and has for many years, taught journalism and mass communication at the University of Ghana.

He also headed the School of Communication Studies at Wisconsin International University College as Dean. Before moving to the classroom, the communications educator served as the Director-General of the Ghana Broadcasting Corporation.

He has also chaired the board of Graphic Communications Group, and was also a UNESCO consultant on journalism.

Prof. Karikari continues to champion democratic reforms, human rights, and social justice causes in the region. His passion for press freedom and the safety of journalists drove him to establish the Media Foundation for West Africa (MFWA) in 1997 where he served as the first Executive Director until 2013.

The MFWA is a non-governmental organization aimed at promoting and defending the right to freedom of expression as well as promoting quality journalism that holds public officers accountable in the region.

About the NGIJ Fellowship

Thirteen (13) aspiring investigative journalists have been selected for the second edition of the Next Generation Investigative Journalism (NGIJ) Fellowship. The journalists selected from Liberia, Sierra Leone and Ghana will participate in a five-month intensive training under the NGIJ Fellowship programme.

The programmme seeks to enhance the skills and capacity of young journalists and stimulate them to venture into the practice of impactful journalism that significantly promotes development in West Africa by holding the feet of duty bearers to the fire of accountability. The Fellowship will build the capacity of these early-career journalists to enable them to conduct critical, high-quality, fact-based and in-depth reporting which will contribute to improving lives and promoting good governance.

This year’s Fellowship is being organized with funding support from the US Embassy Ghana, and Dutch Foreign Ministry (through the Embassy of the Kingdom of the Netherlands).