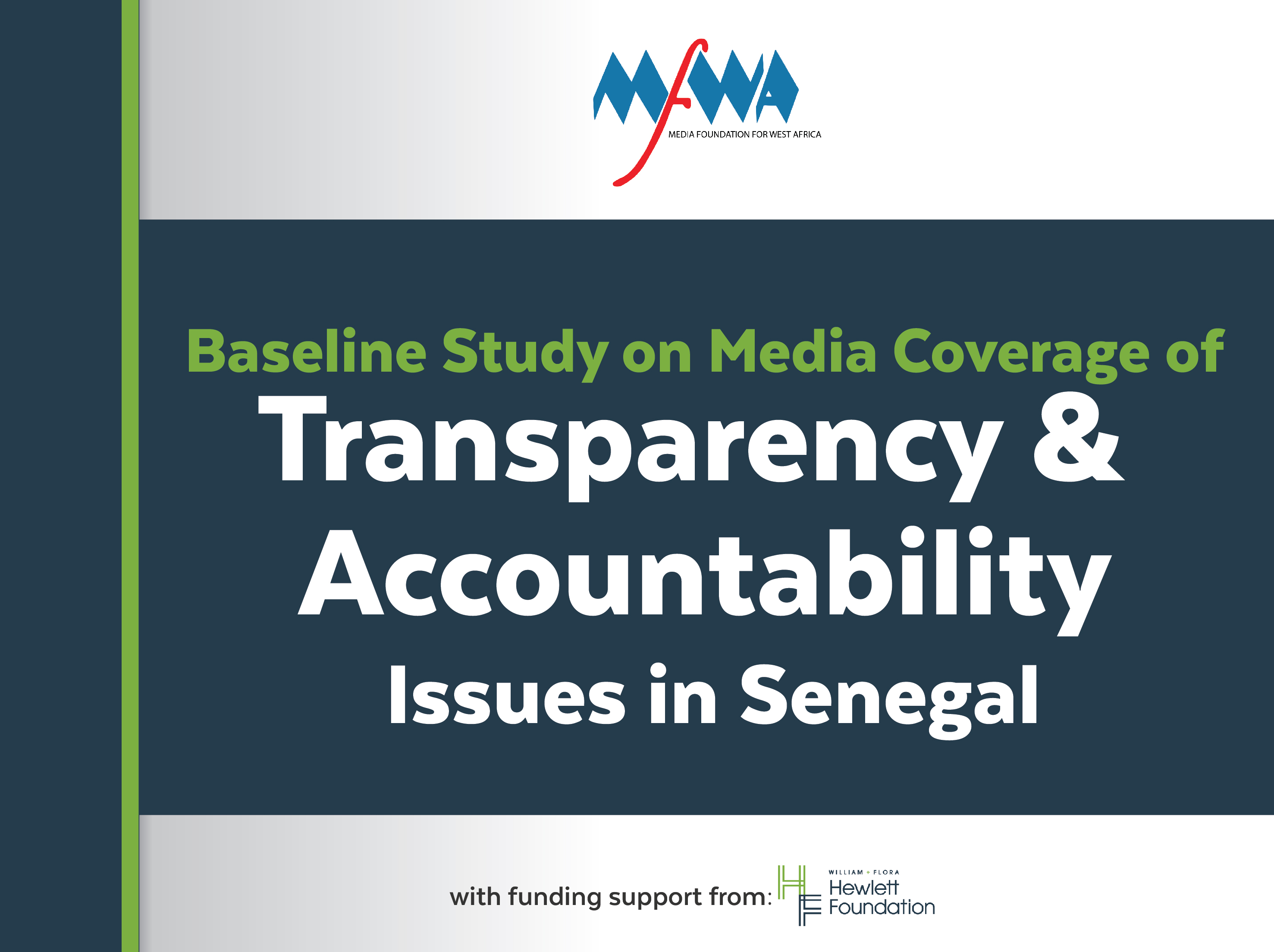 The study which assessed the level and quality of the media’s coverage of issues of corruption, accountability and transparency in public management in Senegal, established that even though the media gave several spaces and airtime to issues on transparency, accountability and corruption, many of the stories were not covered extensively. This is because journalists often relied on reports from organisations and information from political sources to produce stories, and the coverage generally failed to draw on the laws, processes and institutions governing  transparency and accountability in the country.

Seventeen key media organisations made up of TV and radio stations, newspapers and news websites in Senegal were monitored for the study.

The study also interviewed 18 journalists across the media landscape in Senegal, and found that most of the journalists (17 out of the 18) know of the existence of institutions and legal instruments on transparency and accountability. However, the same number of journalists (17 out of the 18) indicated that the media do not effectively utilise the instruments in reporting on issues of transparency and accountability, leading to less thorough coverage.