Improving the Role of the Media in Promoting Democratic Governance 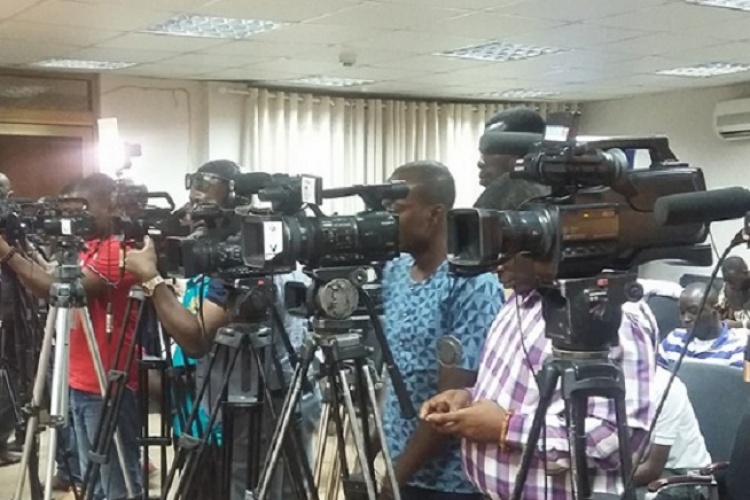 Roland Cayrol, the famous French political scientist, once said that: “real political life is expressed in the media – newspaper columns, radio stations and TV studios than in parliamentary assemblies or during partisan activism. For better or for worse.”  This idea, which stresses that one cannot talk about democracy without highlighting the necessity for a free, trustworthy, responsible and credible media, has been applauded by many.

It is also true that democracy, aside freedom of the press, regular organisation of free and transparent elections, separation of powers, a parliament that controls government action, a fair judicial system or a government that fulfils its promises to the people, also requires other commitments to grow.

In fact, 21st century democracy also implies incorruptibility of the government and the greater responsibility to resist all temptations to abuse power. It signifies transparency and accountability in a manner that enables citizens to know what government wants to do on their behalf, how they want to do it, plus an access to public information and administrative documents.

It is in this light that following the October, 2014 uprising that ousted Burkinabe President Blaise Compaore, the country embarked on a journey towards becoming a truly democratic State. The transitional government that was constituted after the overthrow, subsequently organised the first post-conflict elections, which was applauded by many as being free and transparent in nature. Following this, the country was ranked 5th in Africa by Reporters without Borders for its freedom of expression and 43rd at the global level.

Nonetheless, to ensure that these gains are sustained, the people have agreed that more efforts be made to get the State authorities to be more accountable, responsive and, above all, transparent in the management of public services.

It would be recalled that in 2015, Burkina Faso under the supervision of the National Transition Council passed a law on Access to Information. The law provided for a regulatory body known as the National Authority for Access to Public Information (NAAPI).   The structure is supposed to be made up of nine members from bodies like the presidency, the national assembly, judiciary, medical corps, media and other bodies to be set up by a decree of the Council of Ministers.

According to the concept, NAAPI is supposed to be headed by a president elected for a period of six years non-renewable. The mandate of the body is to facilitate access to public information for citizens as well as bridge the gap between the governing and the governed.

While waiting on the decree that will endorse the applicability of this law to be issued, there are other things that need to be done, particularly in the media, to improve their reportage and professionalism.

In light of this, the Media Foundation for West Africa (MFWA) has initiated a project that seeks to enhance public participation and demand for accountability in governance through creating effective media and dialogue platforms. The project which started at the beginning of 2018, is currently ongoing.

The project is being implemented in partnership with the Centre National de Presse – Norbert Zongo (CNP-NZ) and supports the development of media capacity in Burkina Faso with the goal to enable journalists to best report on issues of governance, transparency and demand for accountability.  The project also seeks to strengthen the media to become effective dialogue platforms for citizens and authorities to discuss governance issues.

The Burkinabe media must be instrumental in curbing the excesses of media actors so as to root out corruption from within the media itself. The respect of standards and ethics is equally very important if the media must play its role as the watch dog of democracy. Finally, there is the necessity to improve the media industry and to enhance the capacities of media professionals to ensure they effectively accomplish their core duty to society.

Claude Leclerc has said “in liberal democracies, the press, the radio and television constitutes irreplaceable channels of transmission between the government, the parliament, administrative institutions and all citizens.” Therefore, the enhancement of the capacities of media actors is a very important step towards accountability and by extension, a consideration of the interest of the people.