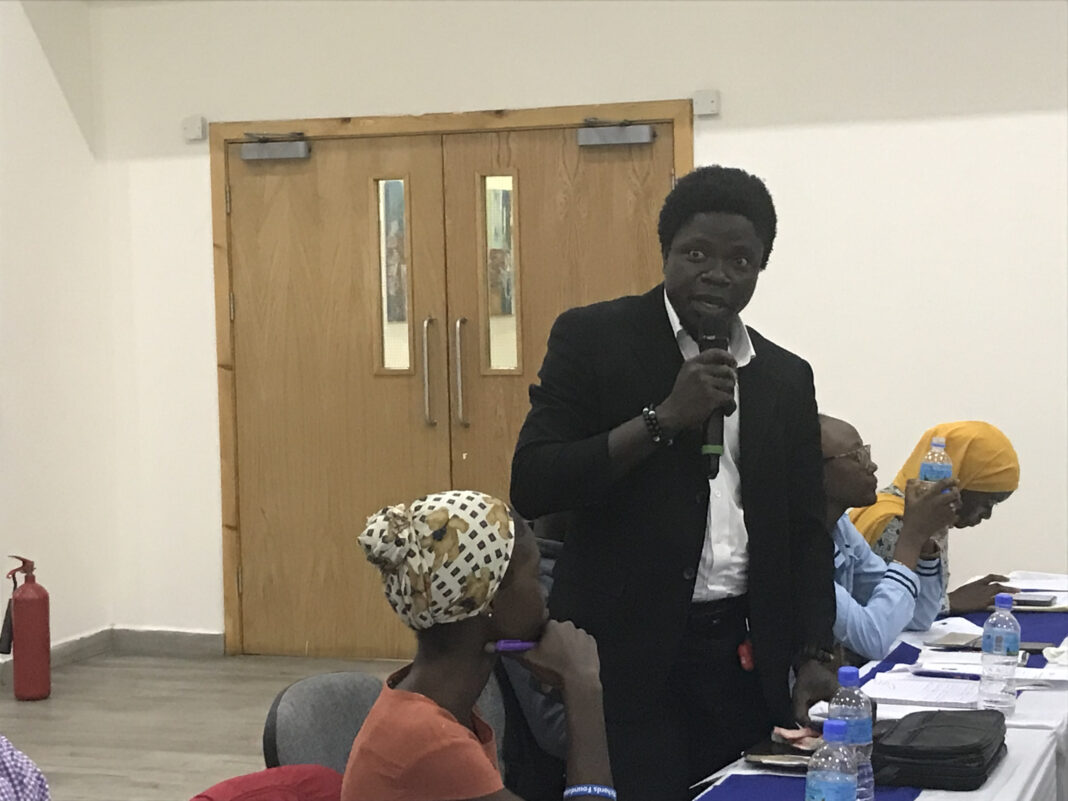 When he turned up for COVID-19 coverage duties in Kenema, Sierra Leone’s third largest city, investigative journalist, Fayia Amara Fayia, hardly imagined that it would be the beginning of almost three years of prosecution for practicing journalism.

This was on April 20, 2020, a time coronavirus had just begun turning the world on its head, overstretching some of the world’s most sophisticated healthcare systems.

The journalist with the Standard Times newspaper had gone to a suspected COVID-19 quarantine facility at Dama Road to report on activities there. However, he and other journalists who had come to seek information on the facility were denied entry. He, therefore, decided to take photos with his phone from a distance.

There was no warning sign on the facility to prevent photography but a man identified as the District Council Chairman, Mohamed Sesay, ordered him to stop taking the photographs and asked to meet him “in camera.”

Unsure of the intention behind that request, Fayia insisted that the Council Chair should engage him in the open.

That infuriated Sesay, who allegedly called a soldier, Major Fofanah, to deal with the journalist.  The soldier lunged into Fayia and grabbed his mobile phone, before calling his colleagues military men, about nine in number, to subject the journalist to severe beating— including a flurry of punches, gun butts and kicking. They then threw him into a van and took him to the police station.

Seven days after soldiers assaulted Fayia, the police arraigned him in Kenema on three counts of assault, disorderly behaviour and obstruction of security officers’ duties. The charges carry a minimum sentence of two years.

Since then, he had been in court more than a dozen times while his case drags on. His legal headache has since joined the laundry list of cases adjourned indefinitely.

Fayia’s incident is a sad case of a victim turned accused.

He is one of many journalists on the role call of media personnel who had been attacked in Sierra Leone by security personnel and members of the public including a musician.

But there is a new wind of change blowing in the country with the Atlantic Ocean sitting at the feet of its green rolling hills.

On August 2, 2022, the conference hall of the New Brokefields Hotel in Freetown had the gathering of stakeholders concerned with the safety and protection of journalists—the media, the police, national security, the military, civil society organisations and even the Sierra Leone Revenue Agency.

It was for the launch of the Comprehensive Framework on the Protection of Journalists—a document meant to address contemporary issues affecting the Sierra Leonean media.

Developed by the Media Foundation for West Africa (MFWA) through a joint process involving media actors, including the Media Reforms Coordinating Group (MCRG) and state actors in Sierra Leone, it is part of efforts to reduce incidents of media rights violations, increase responsiveness by authorities to addressing media rights violations and to reduce acts of impunity for crimes against journalists in the country.

The 22-page document addresses concerns about professionalism, better conditions of service, safety and protection of journalist.

Going into the significance of the event, the President of the Sierra Leone Association of Journalists (SLAJ), Ahmed Nasralla, said relations between the police and media had been frosty in the last 50 years.

He called it a “cat and mouse” game in both civilian and military regimes of the past and today. But the media had always been at the receiving end of impunity— assaults, invasion of offices, and seizure of equipment.

However, things took a turn for the better when in November last year, SLAJ decided to invite the security services to the event to mark the International Day to end impunity for crimes against journalists which was celebrated globally on November 2 last year.

That move would later birth the signing of an MOU between SLAJ and the security services to enhance cooperation and mutual understanding to promote the safety of journalists.

“At that programme, we came to the understanding that we are working in the collective interest of our country and don’t need to fight,” Mr Nasralla said.

When he took his turn, the Deputy Minister of Information and Communication, Solomon Jamiru, said the government would work extra hard to ensure that Sierra Leonean journalists work in a safe and conducive environment.

Decades of a campaign to repeal the Criminal Libel Law in Sierra bore fruits in 2020 while Bio administration receive plaudit for expanding the frontiers of press freedom.

With that in mind, Mr Jamiru, noted that the framework was another golden moment to ensure that “the gains we’ve made improving the media environment in Sierra Leone is consolidated.”

When Fayia’s ordeal came up, the deputy minister promised to use his private legal firm to bring closure to the journalist’s prosecution.

While acknowledging the excesses of the security services, he also urged the media to be ethical.

He called for an equilibrium between the rights of journalists to practice and the truth the public deserves.

That is a position the Chairman of Sierra Leone Independent Media Commission, Dr. Victor Massaquoi, nodded to, and said rights goes with responsibilities.

“The judiciary will be held accountable if it fails to ensure the speedy trial of journalists in cases before the courts,” he said prompting cheers from the participants.

Even more daring, he said the commission would no longer license media houses that fail to demonstrate that they had the financial muscle to pay journalists.

He, however, expressed concern about how some journalists connive with their employers to deceive the commission about their poor remunerations—an act he said undermined efforts to improve conditions of service for media personnel.

“Journalist must be paid at least their minimum wage. Journalists want jobs so sometimes they connive with media owners to accept reduced salaries,” he said.

Before Dr Massaquoi took the podium, the principal characters in the theatre of assaults on journalists—the military and the police— pledged to contribute to their quota to a conducive environment for media personnel.

The Head of Sierra Police Public Relations, Assistant Commissioner of Police Brima Karama, said the friction between the media and the house was due to journalists quest to get stories and meet deadlines while police were concerned about public order.

However, on a Day of Goodwill between the two institutions, he pledged safety for journalists performing lawful duty.

Representatives from the National Security and the military made similar pledges.

There were also moments of peer review at the event, where participants expressed concern about unprofessionalism and partisanship in the media.

A participant also recommended that the work of the media should be imbibed in the training manual for police and military personnel.

In Sierra Leone, just like other parts of Africa, journalists are often soft targets for security services, political actors and thugs.  With little or no data to show for the prosecution of the perpetrators, impunity reigns, leaving journalists vulnerable to recurrent violent attacks.