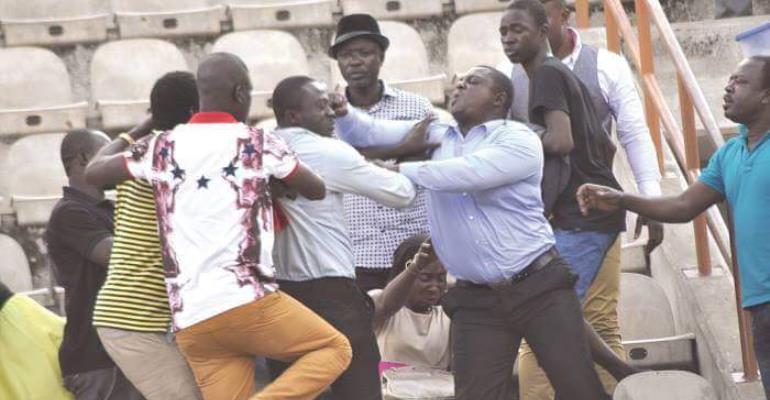 A journalist from Otec FM in the Ashanti Region of Ghana has been attacked by workers at a construction site where he had gone to investigate complaints by local residents about the siting of a project meant for a fuel station.

Isaac Nsiah Foster was shoved around by the workers, allegedly led by the owner of the project, when they saw him surveying the site and taking notes in the morning of June 27, 2017. His phone and recorder were seized and his audio recordings were deleted.

The news editor of Otec FM, John Antwi-Boasiako, who confirmed the incident to MFWA, said it took the pleas of passers-by before the construction workers freed Foster and gave him back his equipment.

Antiwi-Boasiako revealed that since that incident, the station has been receiving anonymous phone calls threatening either the Management or Foster.

“We have reported the incident to the police and forwarded the recordings of the threatening messages to them as well. Yesterday (June, 28), the reporter was at the Sofoline Police Station to write his statement. We hope the police will be able to investigate the matter and bring the culprits to book,” Antwi-Boasiako.

The MFWA condemns the attack on Foster and commend the Management of Otec FM for standing by their reporter and reporting the matter to the police. We urge the police to do diligent investigation to ensure that justice is done.