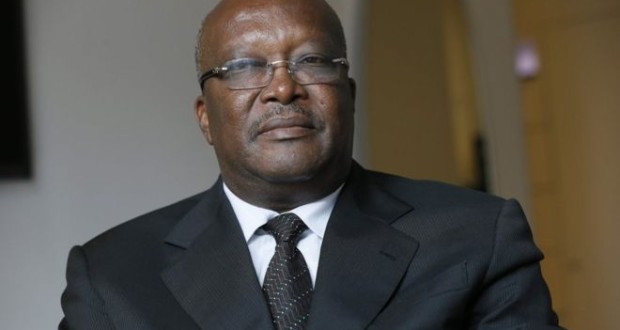 In 2015, Burkina Faso became the 7th country in West Africa and the 17th on the continent to pass the law on Access to Information. Given that the country was going through a transitional phase at the time, its efforts were globally commended and this set the country on the path to a rapidly growing democracy.

But, three years after its adoption of the Access to Information law, also known as the Right to Access Information or Law no.051-2015/CNT, it is yet to be made functional. This is because a subsidiary legislation to operationalise it is yet to be passed.

In the years since the passage of the Access to Information Law, the media, particularly, journalists and civil society groups alike have called on several platforms to government, particularly, the Ministry of Information and Parliamentary Relations, on whose shoulders the responsibility lies to fast-tract processes for the implementation of the law, to take the initiative, but, so far, to no avail.

According to the media and civil society, the absence of enforcement laws and actors to speedily implement the Law, has denied them the right to access public information and administrative documents. Their inability to access critical public information, they say, has hampered their ability to influence public policy.

What is the missing piece in the RTI machinery? The Right to Access Information Law (Law no.051-2015/CNT), provides for the establishment of a National Authority for Access to Public Information (l’Authorite Nationale d’Acces a l’Information Publique (ANAIP) and the enactment of Enforcement Laws to define the parameters and facilitate the effective operationalization of the Law. Additionally, a constitutive order is also to be developed and passed that will regulate the safety of secret documents.

Further, a key government policy document, the 2017 – 2019 Plan of Action acknowledges the priority of the Access to Information Law with timelines allotted to several activities to ensure government implements the Law. For instance, by June 30, 2018, there should have been in existence the law that protects secret information and a framework that establishes ANAIP. But as it stands now, none of these is in place, prompting questions as to whether the Right to Access Information Law passed by the Transitional Government is a hoax or a reality?

Access to information, apart from being a fundamental human right, is also deemed an essential ingredient in democratic governance. Without the freedom to, conceive one’s idea, formulate one’s views and express one’s opinion, the desire to participate in development processes for a democratic governance will never be achieved.

In Burkina Faso, although Article 8 of the Constitution ensures citizens’ right to information, implementing the Right to Access Information Law will further promote civic participation in governance processes, promote transparency and accountability by public authorities. Overall, the Media as the fourth estate of the realm will also have the legal basis  to demand information from public authorities on behalf of, and to educate, the population.

Granting citizens, particularly the Media, access to public information will keep them abreast with national issues, especially, development challenges and encourage their participation in the processes to resolve them.

Government of Burkina Faso has rightly stated in its 2017 – 2019 National Plan of Action that its overall goal is to have a society whose citizens are more and more involved and empowered to participate in the management of public affairs. Such a society of enlightened citizens are able to hold government accountable, thus promoting the cardinal democratic values of good governance, transparency and accountability.

The Media Foundation for West Africa appeals to the Government of Burkina Faso to help create such a culture by delivering on its promise to deepen democratic governance by ensuring that the Law on the Right to Access Information is fully functional.