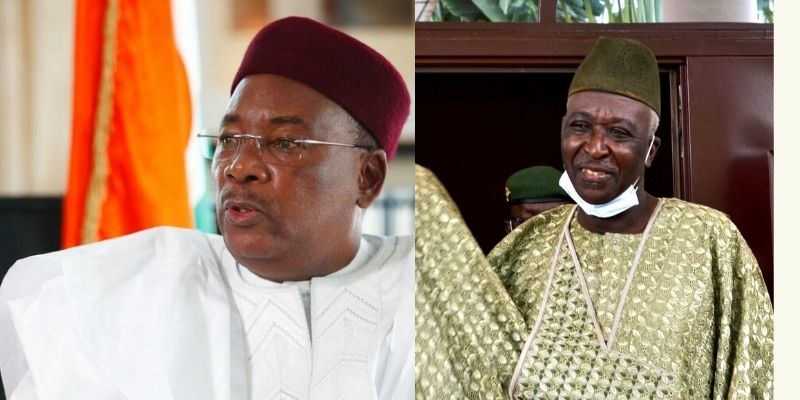 In addition to terrorist threats, the countries of the Sahel (Burkina Faso, Mauritania, Mali and Niger) face enormous challenges in preserving and strengthening the rule of law and democracy. Notable among these challenges, is securing individual and collective freedoms.

Considered one of the barometers of the rule of law, freedom of expression and of the media is now increasingly being called into question by both political actors and pressure groups. In the context of the Sahel States already plagued by terrorism which in itself limits freedom of the press and expression, this trend is reflected, among other things, in the adoption of laws restricting freedoms, judicial harassment or acts of violence against media professionals and social network activists.

As part of its program to promote press freedom in the Sahel, the Media Foundation for West Africa (MFWA) has been documenting these cases of violations of freedom of expression and press freedom in these four countries with a view of advocating for the improvement of the legal framework for the exercise of the freedom of media including social network.

This article analyses the cases reported between September and October 2020 in Mali and Niger in three areas.

In Mali and Niger, media professionals and social media activists are regularly subjected to violence and legal action following posts in mainstream media and on social media. This violence is most often orchestrated by political figures or their relatives, abusing their positions of power to stifle freedom of expression and of the press or by organised or unorganised citizens who want to impose their way of thinking on everyone.

This violence takes many forms. First is physical violence against journalists and social media activists. With regard to this type of violation, one can cite the brutalization of journalists on September 18, 2020 by soldiers (members of the junta in power in Mali between August 18 and September 25, 2020) who prevented them from taking photos during the funeral of former President Moussa Traoré. This incident illustrates the poor regard for the media and highlights the need to grant them a certain freedom of movement during official ceremonies in that country.

Secondly, we can also note the arbitrary arrests of journalists and activists without legal proceedings. These forms of violence were reported in both Mali and Niger. In Mali, the putsch appears to have paved the way for an almost systematic repression of freedom of expression and of the press. Two journalists (Ibrahim Adiawiakoye, Director of publication of the online newspaper Mali Scoop and Abdourahmane Doucouré, journalist for the bi-weekly La Sirène) were arrested by the police upon a simple complaint for defamation lodged by Harouna Toure, ex-Minister for Sports.

Freedom of expression violations can take the form of judicial harassment against activists and journalists. These harassments in the form of arrests and imprisonments relate to crimes that are sometimes fabricated but whose real and unacknowledged objective is to silence journalists and activists from exposing corruption scandals. This is what happened to Nigerien journalist and social media activist, Samira Sabou. She spent 47 days (from June 10 to July 27) in detention for exposing alleged corrupt practices in public procurement of military equipment. She was prosecuted on the basis of the law against cybercrime in Niger, which is now proving to be a real tool of restriction and repression of freedom of expression, particularly on social networks, in the country.

There is also the case of journalist Ali Soumana who was arrested and then released on bail for having published information on the same scandal in July 2020. This judicial harassment also affects human rights defenders and trade unionists. Three of them were arrested and detained in Niger for organizing “an unauthorized demonstration”.

Finally, we have to contend with obstacles to access to information. A case in point is the expulsion from the Center International de Conférence de Bamako of Sory Ibra Maiga, a journalist with Sud FM Radio and Sahelien.com) during the debates on the transition in Mali held from September 10 to 12, 2020.

Still in Mali, radio presenter, Mohamed Youssouf Bathily came under a barrage of threats suspected to have been issued by demonstrators or sympathizers of Imam Dicko, a powerful religious figure whose call for civil disobedience led to the coup d’etat.

Intolerance of divergent opinions, abuse of authority and manipulation of the justice system

All these forms and manifestations of violence have common features in both countries, both in terms of the alleged perpetrators and the motivations. Indeed, this violence is most often the work of political or military authorities (coup-makers and former ministers in Mali, high-ranking army officers in Niger), pressure groups (supporters of Imam Dicko in Mali).

The abuse manifests itself in several ways. Arrests are sometimes made outside legal proceedings on the simple complaint by a politician or at the initiative of the courts and judicial police officers. Most of the arrests of journalists or activists in Mali and Niger fall within this logic of flagrant violations of the rights of those arrested but also of procedures.

The recurrent use of violence against journalists and social media activists clearly shows the real determination of the perpetrators to prevent the free expression of opinions and to muzzle media professionals. It undermines the democratic process by depriving citizens of their constitutional rights to information and contributes to discredit judicial institutions. These practices transform the judicial system into a tool for settling personal scores and above all for silencing the voices denouncing bad governance.

The abusive use of the law on cybercrime in Niger to suppress press freedom and freedom of expression on social networks clearly indicates the intentions of the authors and the justice system, which prefers to shelve certain laws on the press. It is a clear setback for democracy and the rule of law.

Ending the assault on the rule of law

After the legislative advances in the field of press freedom during the 2000s, it can be noted with great concern that some countries are in the process of adopting new laws that are increasingly being used to restrict individual and collective freedoms. Among these are the law on cybercrime in Niger, which has become a pretext for a priori control of media content.

It has therefore become imperative to end this assault on the rule of law. This will necessarily require a strong mobilization of professional media organizations, human rights organizations, technical and financial partners as well as political formations around the urgent need to save democracy. The context of the deterioration of the security situation cannot justify such an erosion of democratic gains.

Through this report, the Media Foundation wants to encourage national networks to begin a process of reflection with a view of initiating structured actions for the preservation and defense of press freedom in the Sahel countries.

To this end, we call on the media and journalists to close ranks, to show more perseverance and respect for ethics. We also call on the judiciary in the countries concerned to vouch for freedoms, including freedom of expression, and to refuse to be used to settle personal scores. The MFWA also calls on law enforcement agencies to assert themselves as a republican force and protector of democratic values including press freedom and freedom of expression.