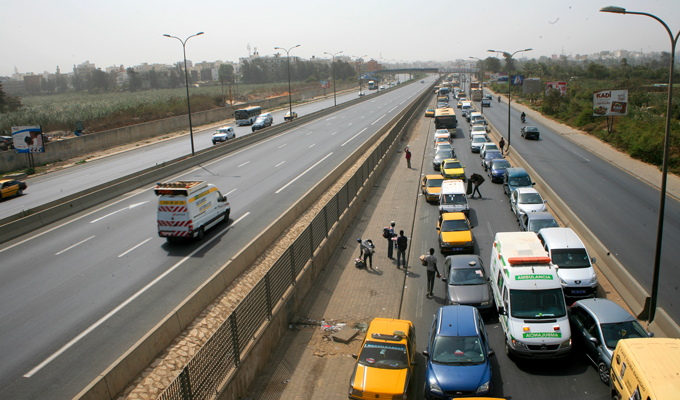 According to recent statistics, Senegal has recorded about 13,882 road accidents. The statistics further underline that the country records about 500 deaths from road accidents every year and, about 92% of the accidents are due to human factors including sleepiness, driving under the influence of alcohol and other substances, indiscipline among others. Despite incessant public outcry, there had been little intervention to stem the trend.

In August 2019, SUD FM in partnership and with support from the Media Foundation for West Africa (MFWA), waged a consistent radio campaign on the issue of high incidence of road accidents in the country. The radio campaign which reached over 350,000 listeners was followed with a town hall meeting on August 31, 2019 on the theme: “Road Safety: More than 532 deaths per year. Why do our roads kill?”

The town hall meeting brought together government representatives, road safety officials, stakeholders in the transportation industry and citizens. The meeting aired live on the radio to allow more citizens to engage with the authorities. Participants highlighted several challenges contributing to the road accidents. Accident victims also shared their harrowing experiences vis-à-vis shortfalls in the health system in attending to road accident victims.

In response to the sustained road campaign, the Senegalese President Macky Sall instructed the country’s Prime Minister, Mahammed Dionne, to enforce all laws regarding road safety, and further urged the Infrastructure and Transport Ministry to roll out new technology to monitor traffic. The President also instructed the Minister to improve the criteria for the delivery of driving licenses and put in place effective logistical and social measures to assist victims of road accidents. The President further called for the increase of the number of law enforcement officers and check points on the roads.

The MFWA, under its Media and Good Governance Programme, remains committed to creating spaces for citizens-authorities’ engagements on critical development challenges and amplifying citizen voices in the governance processes. The aim is to ensure increased responsiveness from authorities and improved service delivery.

The partnership with SUD FM and the live broadcast Town hall meeting is part of the project titled “Enhancing Public Participation and Demand for Accountability through effective Media and Governance Dialogue Platforms” being implemented in Ghana, Senegal and Burkina Faso with funding support from the William and Flora Hewlett Foundation.