Ghana’s 2020 Elections: Here are the Champions of Abusive Language on Radio 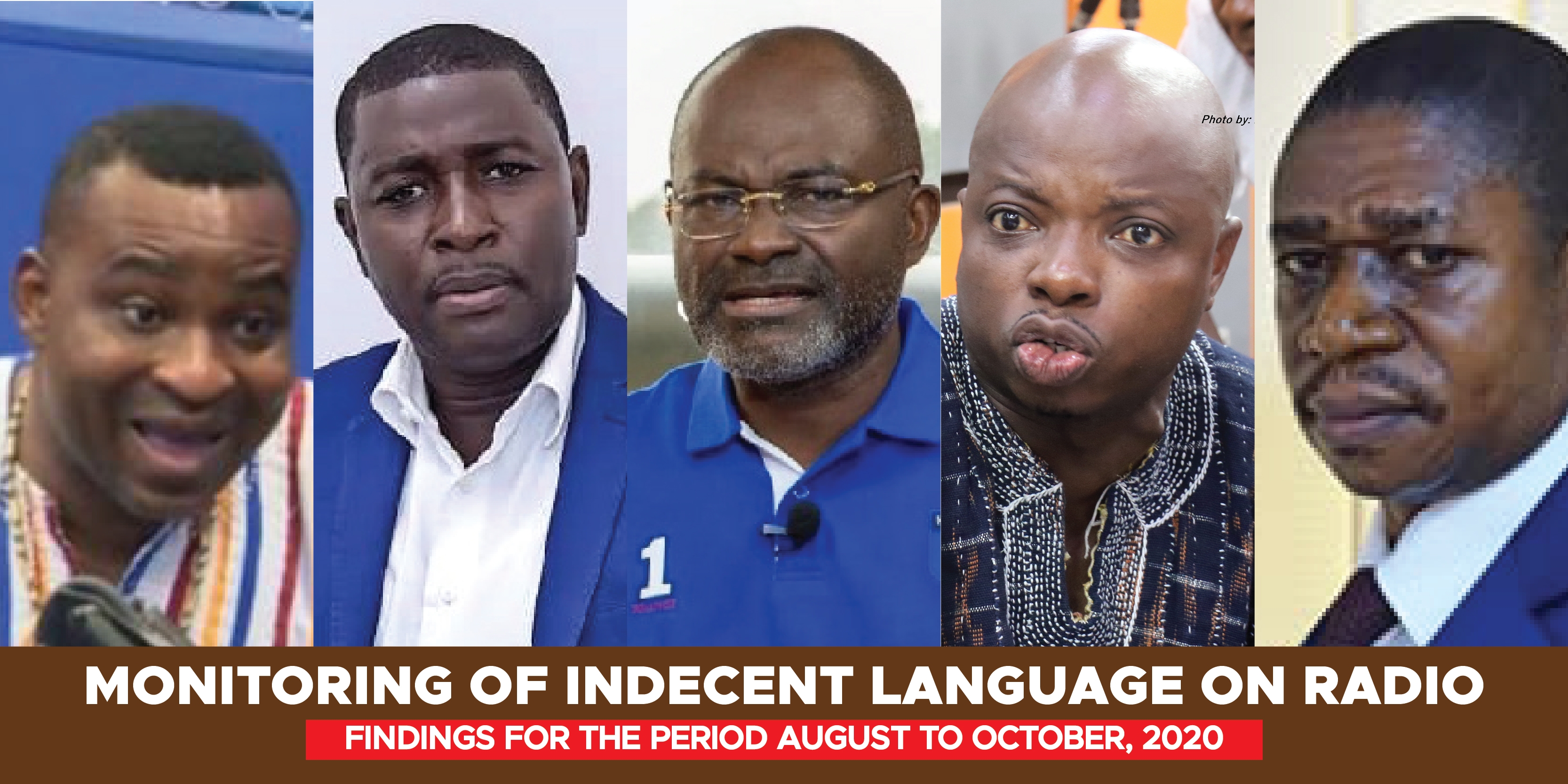 In the lead up to the December 7 polls, the Media Foundation for West Africa’s (MFWA) Language monitoring on Radio has cited top 10 personalities who have been most abusive on radio for the period August – October 2020.

Over the monitoring period (August – October 2020), a total of 258 abusive expressions were recorded out of 4,841 radio programmes monitored on 40 selected radio stations across the country.

The programmes monitored included news bulletins, and political/current affairs discussions aired on the 40 radio stations. The 258 abusive and indecent expressions recorded were made by 95 individuals. These individuals featured on the programmes monitored as hosts, discussants, interviewees, texters and callers. Sixty-Nine (69) out of the 95 individuals were political party officials, supporters and affiliates. The political party affiliation of the remaining 26 individuals who made abusive remarks could not be established. The top 10 individuals cited for abusive language on radio for the monitoring period are as follows: 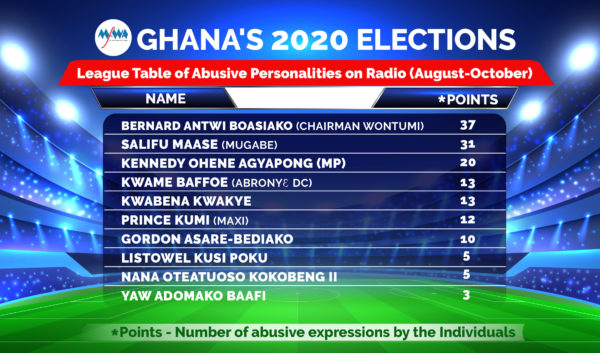 Regarding political parties, officials of the governing New Patriotic Party (NPP) recorded the highest with 114 expressions; more than twice the number recorded by the major opposition National Democratic Congress (38). Other political parties cited were United Front Party (7); the Progressive People’s Party (5), the Great Consolidated Popular Party (4), the Liberal Party of Ghana (1) and the Ghana Freedom Party (1).

The monitoring also found that in the lead up to the December 7 polls, political discourse and current affairs programmes on radio have been dominated by Insulting and Offensive Comments, Unsubstantiated Allegations, Provocative Remarks, Threats; Divisive comments; Expressions Inciting Violence; and Expressions containing Prejudice and Bigotry.

The MFWA’s Language monitoring project seeks to promote issues-based campaigning and use of decent language or expressions before, during and after Ghana’s 2020 elections. The project which also being implemented in Cote d’Ivoire and Niger is with funding support from the Open Society Institute for West Africa (OSIWA) and and STAR Ghana Foundation with funding from UKAID and EU.

Details of the full report is available here.

The instrument being used for the monitoring, which contains the category definitions for tracking and reporting of indecent language on radio is also available here. For further clarifications and media interviews, contact the Programme Manager, Abigail Larbi-Odei (0244867047) or Programme Officer, Kwaku Krobea Asante (0249484528).