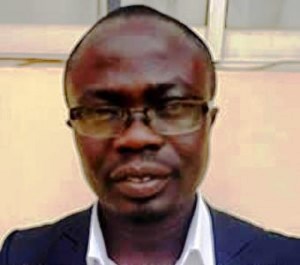 A Municipal Chief Executive (MCE) in the Brong Ahafo Region of Ghana has disrupted a live outdoor television programme by Amansan Television (ATV) on January 8, 2016.

Gordon Kwaku Asubonteng, MCE for Dormaa, with the help of the Municipal Police Commander, Superintendent Washington Foli and Assistant Superintendent of Police Samuel K. Yeboah, ordered the broadcast to be ceased citing a breach of Ghana’s Public Order Act.

The programme, Asem Yi Di Ka, was organised by ATV to offer an opportunity to the public to vent their grievances about the fraudulent activities of micro finance institutions in the area (and many communities in the Brong Ahafo Region), to which many have fallen victim leading to violent protests in the region.

Reports said 45 minutes into the outdoor transmission, the MCE,  Asubonteng and his police escorts including Superintendent Foli , stormed the venue to stop the programme. They claimed that the TV station had not obtained the necessary permit for such a public event.

The MCE was also quoted as saying that the programme was “inciting the people against President John Mahama’s government, making his administration very unpopular”

The disruption of the programme drew angry protests from the crowd and the TV crew.  The Producer of the Programme, Nana Tufour, told the Ghana News Agency that he was shocked at the MCE’s action, having invited him to the programme “because we had invited some representatives of other political parties.”

Asubonteng confirmed that the producer had called him but that he ordered the stoppage of the programme because it was against the Public Order Act to assemble a teeming crowd of disgruntled people.

While the previous incident that saw angry victims of micro credit fraud recently attacking a radio station in the region may justify the concerns of the authorities, they could still have allowed the programme to proceed under police security, rather than disrupt it at the risk of violent reaction from the crowd.