Freedom of ExpressionSafety of Journalists
August 20, 2019 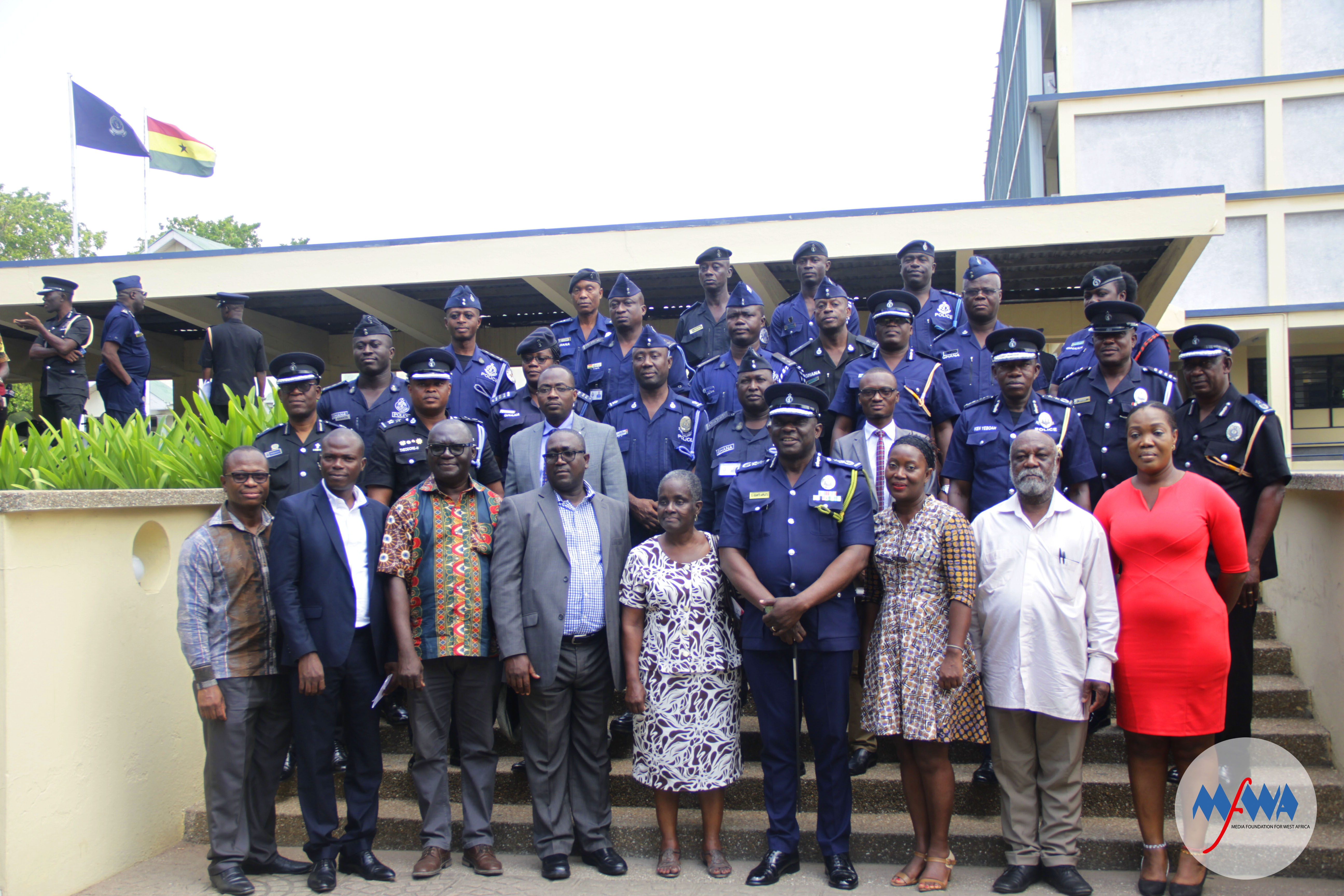 The Ghana Police Service (GPS) has adopted a new framework aimed at promoting relations between the Service and the media, enhancing safety of journalists and countering impunity for crimes against journalists in Ghana.

The adoption of the Framework followed over a year-long series of multi-stakeholder engagements and consultations facilitated by the Media Foundation for West Africa (MFWA) with funding support from UNESCO, OSIWA and IFEX.

The process commenced with a forum on Police-Media relations in Ghana on July 11, 2018, which was addressed by the then Inspector General of Police, Mr. David Asante-Apeatu. The forum concluded with a key recommendation for the development and adoption of a formal framework to guide relations between the Media and the Police.

Following the recommendation of the forum, a multi-stakeholder Committee known as the Committee on Police-Media Relations was set-up with a responsibility of implementing the key recommendation of the forum.  The Committee was made up of representatives of the GPS, the Media Foundation for West Africa (MFWA), National Media Commission (NMC), Ghana Journalists Association (GJA), Ghana Community Radio Network (GCRN), Editors Forum-Ghana, Ghana Independent Broadcasters Association (GIBA), Ghana Institute of Journalism (GIJ) and Private Newspaper Publishers Association (PRINPAG).

The Committee subsequently appointed a Consultant who led the process of developing a draft Framework. After a series of reviews and inputting by the Committee, a presentation of the draft framework was made to Police Management Board (POMAB) on May 22, 2019, for input and consideration.

On June 20, 2019, POMAB wrote to MFWA indicating its approval of the Framework.

“The Police administration also acknowledges the need for all police officers and journalists to be trained on the framework and therefore takes the opportunity to appeal to the Foundation to support actions and strategies for printing, distribution and dissemination of the final copies of the framework and its content to officers and journalists nationwide,” the letter said.

The Police Management Board also indicated that it has given approval to a Complaints Settlement Mechanism that is aimed at ensuring that attacks on journalists are properly investigated and resolved.

“A complaint desk shall be set up at the National and Regional levels to be composed of Officers from the Public Affairs Directorate of the Headquarters, a representative of the CID, Legal and Prosecution, Ghana Journalists Association (GJA) and PRINPAG. At the Regional level, Police Administration proposes Public Affairs Officers and representatives of the Regional CID and GJA in the regions,” the POMAB letter said.