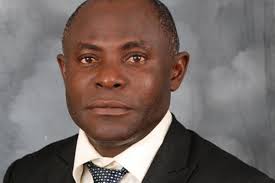 The Media Foundation for West Africa (MFWA) has learnt with dismay, reports that the District Chief Executive (DCE) for Awutu Senya West in the Central Region of Ghana, Samuel Abbey Armah, has invoked curses on Adom FM’s reporter, Kofi Agyei over what he (the DCE) describes as biased reportage.

The News Editor of Adom FM, Nii Narku, told the MFWA that Samuel Abbey Armah called Kofi Agyei and threatened him after the station’s broadcast of a story by the reporter in which some taxi drivers in the district denounced the D.C.E and vowed to turn down all future invitations from him to take part in the nation-wide monthly sanitation exercises.

The drivers were reported in the story to have accused the DCE of reneging on his promise to provide them with food and money for participating in a recent clean-up exercise.

In the DCE’s angry reaction which has been reported on Adomonline.com, together with the audio, he is heard saying, “Whatever you do on this earth, you will get your punishment, so you journalists must be careful otherwise you will die like a fowl”.

“You have spoken to the Minister, the chief and me about the issue; that is enough but since you know the taxi drivers will insult me, you went ahead to interview them”, he fumed.

The MFWA believes that the DCE could have expressed his displeasure with the report in a more decorous manner. Invoking curses on the reporter amounts to intimidation and censorship. We therefore call on the Minister of Local Government to call the Chief Executive of the the Awutu Senya West to order.