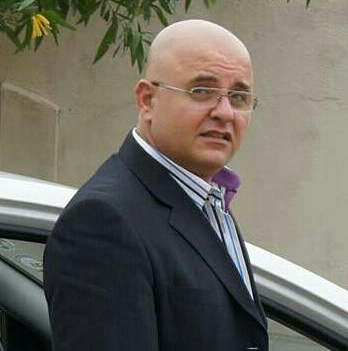 On September 23, 2016, members of the national security agency in Ghana, the Bureau of National Investigation (BNI) arrested Ghanaian-Lebanese Pilot, Author and Writer, Fadi Dabbousi upon his arrival in Ghana from Lebanon.

While the BNI has not released a statement on the arrest, Accra-based Joy FM reports that “Dabbousi was arrested because he has consistently made offensive and scalding comments against President John Mahama in articles.”

Among other things Dabbousi is said to have claimed in one of his articles that Ghana’s President, John Dramani Mahama had impregnated one of the daughters of a prominent king, Otumfuo Osei Tutu II.

Dabbousi’s lawyer Hassan Tampuli, has indicated his client stands by his claims in his articles. Hassan also said he has been denied access to Dabboussie throughout the period of his  detention. .

After his arrest, the BNI is said to have also ransacked Dabbousi’s home and seized copies of a book he launched recently titled “59 Years of Ghana to Nowhere: The Future Is Now.”

The BNI reportedly returned the books on September 25, 2016. Dabbousi has also been released on bail.

The MFWA finds Fadi Dabbousi’s arrest arbitrary and a violation of his right to freedom of expression. Ghana has decriminalised libel, and so even if Dabbousi has made comments deemed libelous or defamatory, it is illegal to arrest and detain him, more so without a formal charge.