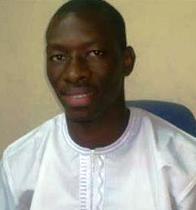 On August 4, 2015, Abdoulie Ceesay, Managing Director of Taranga FM, who has been in the custody of the National Intelligence Agency (NIA) since July 17, was arraigned at a lower court in Banjul and charged with a single count of “seditious intention.”

Police prosecutors alleged that, on or about the July 16, Ceesay distributed pictures of the Gambian President Yahya Jammeh to two persons, Zainab Koneh and Fatou A. Drammeh, using his Africell mobile SIM card. The said picture showed a gun pointing at President Jammeh. According to the prosecutors, by distributing the pictures, Ceesay had the intention to “raise discontent, hatred or disaffection among the inhabitants of The Gambia.”
Ceesay denied any wrongdoing and was consequently remanded to police custody.
The MFWA’s sources say Ceesay was charged under Section 51 (1) (d) of the Criminal Procedure Code of The Gambia. According to Section 19 of the 1997 Gambian Constitution and Section 99 of the country’s Criminal Procedure Code, offences under the Section 51 are bailable. Despite these legal prescriptions, the magistrate, Momodou M.S. Jallow, refused to grant Ceesay bail.
Ceesay was first arrested on July 2, following what his brother describes as a critical post on Facebook. He was released on July 13, then re-arrested on July 17 and detained at the NIA until August 4, when he was charged with sedition.
If found guilty, Ceesay could be fined a minimum of D50,000 (about US$1,200) and a maximum of D200,000 (US$4,800).