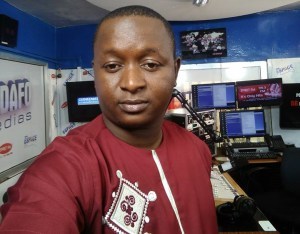 Moussa Moise Sylla, a journalist with Radio Espace FM in Guinea has formally been charged by a Tribunal in Conakry with ‘divulging military secrets.’ Brought against Sylla on November 15, 2017, the charge is in relation to his comments about the state of the Guinean military made during a programme aired on November, 2, 2017.

As a panelist on the programme, Sylla had observed that most of Guinea’s military garrisons are crumbling. He urged the authorities to give proper psychological care to soldiers who have returned from peacekeeping missions in Mali, and advised the Guinean soldiers to adapt to civilian life when in public.

Following the broadcast, the media regulator in Guinea, Haute autorité de la Communication (HAC) on November 3, 2017 suspended for one week the “Grandes Gueules” (Big Jaws) programme as well as Radio Espace FM together with all its relay stations across the country. The HAC said that the comments are “liable to undermine national security, the morale of the armed forces and public order.”

After serving the seven-day suspension, Radio Espace is now fighting a legal battle against the public prosecutor to save Sylla, who is also the General Manager of Espace TV, from a possible prison term. The case is scheduled to be heard on December 25, 2017.

“When a matter becomes an open secret, it is no longer a secret. He only revealed what everybody already knows,” protested Salifou Béavogui, counsel for Sylla who was quoted by Africaguinee.com.

The MFWA is concerned about the criminal prosecution of Sylla for expressing his views about the state of the military in Guinea, especially after his station has already been unfairly sanctioned by the HAC over the same matter. Sylla’s observation about the challenges confronting the military in Guinea is valid for military institutions in much of Africa, and cannot, therefore, be a security-threatening revelation as the public prosecutor is claiming.

In view of the above, the MFWA urges the authorities in Guinea to discontinue the process and allow Sylla to go about his journalistic duties without any further harassment.