Torture of Journalists: The Painful Story of Gambia’s Musa Saidykhan 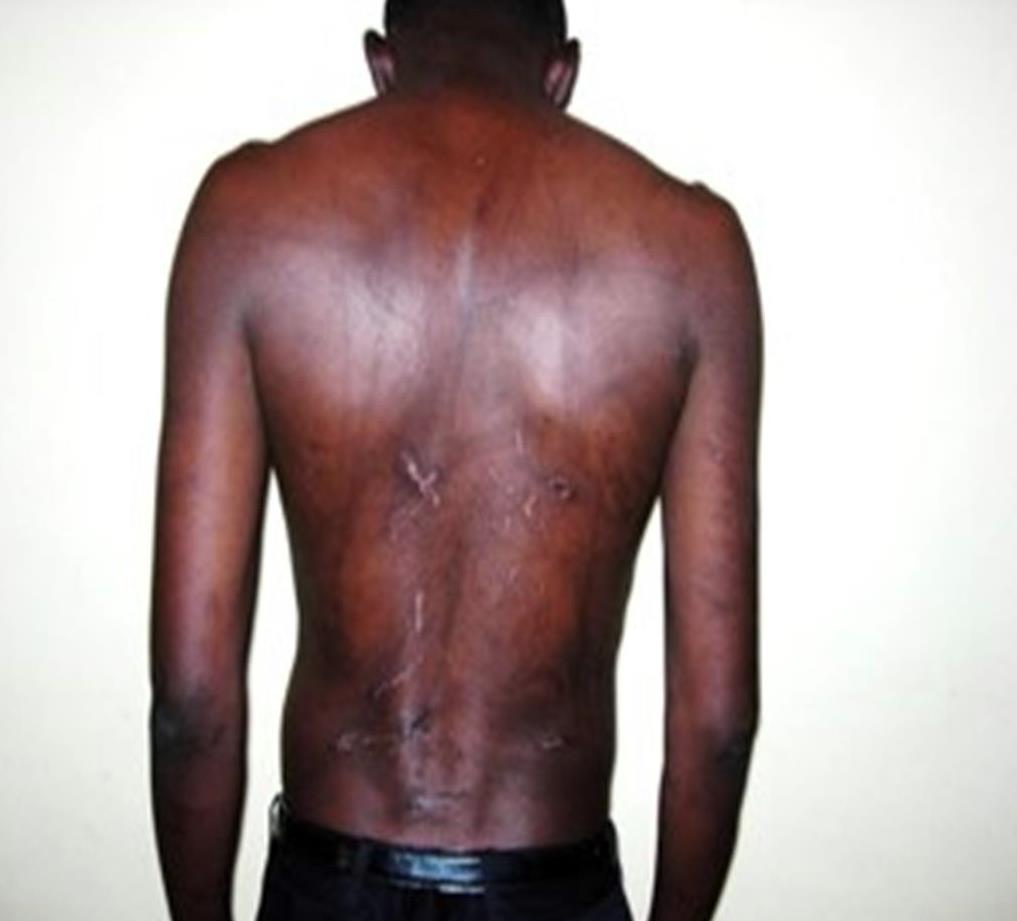 The absolute and non-derogable prohibition against torture is routinely disregarded by Gambian President Yahya Jammeh’s regime, which has subjected countless Gambians to torture and cruel, inhuman, or degrading punishment and treatment for over twenty years.

In light of this widespread practice and in connection with the International Day in Support of Victims of Torture (June 26), the Media Foundation for West Africa (MFWA) is highlighting the story of one Gambian torture victim: Musa Saidykhan.

In 2006, Saidykhan was arrested, detained, and tortured by Gambian security forces for three weeks for exercising his right to freedom of expression and press freedom. In 2007, the MFWA assisted Musa in suing The Gambia at the Economic Community of West African States (ECOWAS) Community Court of Justice. In 2010, the Court ruled in favour of Musa, finding that The Gambia had violated his human rights to personal liberty, fair trial, and personal dignity under the African Charter on Human and Peoples’ Rights. The Court also awarded US$200,000 in compensatory damages.

Human rights courts, such as the ECOWAS Court, can invaluably support victims by providing remedies and reparations. Musa himself described courts as “the consolation centers of those who seek redress.” Unfortunately, due to implementation failures, Musa’s consolation was short-lived.

In an email interview with us, Musa described his initial excitement at the Court’s decision, followed by disappointment about the judgment’s lack of teeth:

[In 2010,] I was delighted that justice at last prevailed in my case. The goal is not only about being compensated, but also to show or teach a dictatorial regime that [violating] human rights has a bitter price to pay. I decided to be a pacesetter to give courage to other victims of the Jammeh dictatorship to follow suit. If I had not tested the waters, other Gambian victims would not dare seek redress at the ECOWAS Court. Yes, I am hopeful that damages will be paid if the ECOWAS is engaged in a proper manner.

[Now,] I feel disappointed by a sub-regional body that has effectively demonstrated its inability or weakness to implement the verdict of the ECOWAS Community Court. The very ECOWAS leaders who approved the Court’s establishment and funding are not interested in protecting human rights, as evidenced by their lack of interest in making sure that State Parties are forced to comply with the Court. As a matter of urgency, ECOWAS leaders need to prevail on The Gambia to comply if they want to be taken seriously. . . .  ECOWAS should even threaten The Gambia with sanctions or expulsion for its non-compliance, which sets a bad precedent for the regional grouping. . . .

The Gambia’s non-compliance has undoubtedly killed the spirits of many ECOWAS citizens whose governments violate their rights. How can anyone convince these victims [to go to court] when they don’t expect to be paid damages upon winning their cases? If I were not in the United States, my children would be like those of displaced Gambians in Senegal, whose parents cannot afford to provide meals for them, let alone send them to school. These uneducated children will live with pain and anger, which will ultimately force them to become rebels. I want ECOWAS leaders to understand that their failure to act in these cases [such as mine] has direct bearing on [other] victims and their tearful families. . . .

Brave victims of torture who approach courts despite risks deserve to see the justice meted out by courts implemented in practice. For the ECOWAS and ECOWAS Court to fulfil their roles as proponents of human rights and justice, impunity cannot be allowed to prevail in West Africa. The MFWA joins Musa in calling for the ECOWAS to exercise its powers under Article 77 of the ECOWAS Treaty and impose sanctions against The Gambia to force compliance. It is time to fully support the victims of West Africa’s King of Impunity and grant them the justice, compensation, and closure they so greatly deserve.