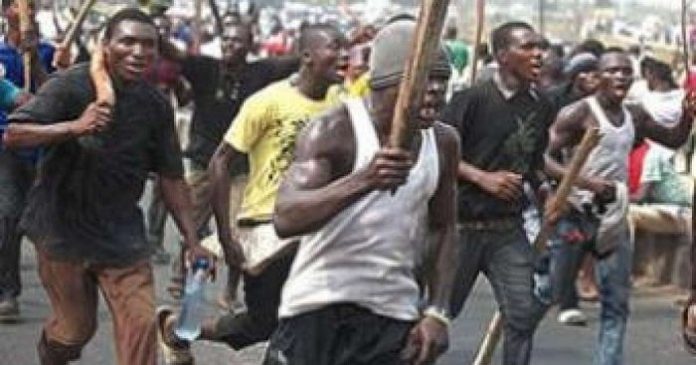 A group of journalists numbering about twenty were, on July 30, 2019, beaten by thugs on the orders of the member of the Ebonyi State Assembly representing Afikpo South West Constituency, Mr Nkemka Onuma.

The journalists were interviewing a nominee, Stanley Okoro Emegha, as part of their coverage of the vetting of Commissioner Nominees at the State Assembly in the State capital, Abakaliki, when Onuma brusquely interrupted and dragged the interviewee away. When the journalists later approached the lawmaker to express their displeasure with his action, he threatened to slap their spokesperson, Nwafor Samson of Nigerian Pilot newspaper.

According to Samson who spoke to the Daily Post, Nkema Onuma called his thugs to attack him and his colleagues after he (Samson) called his bluff.

“I told him it has not got to the extent of slapping anybody but before we could know it, his thugs numbering about 20 descended on us. It was as if he came prepared to attack us.

“My self and Ogochukwu Anioke of The Nation newspaper were injured during the attack and we lost our working tools during the process,” Samson narrated.

Grace Egbo of Nigerian Tribune newspapers, who is pregnant, also reported being hit on the stomach.

The attack has been condemned by the Nigerian Union of Journalists (NUJ) and the Ebonyi State chapter of the Nigeria Association of Women Journalists (NAWOJ), with the latter threatening to stage a protest against the lawmaker.

“It is totally unacceptable to us and we demand that Ebonyi State House of Assembly should not just apologize to those people that were manhandled, they should also make sure that they are taken care of in the hospital,” NUJ President, Chris Isiguzo, said in an interview with the Daily Post.

The MFWA also condemns the attack on the journalists who were performing their legitimate duties. We also urge the leadership of the Ebonyi State Assembly to investigate the matter and sanction Nkemka Onuma for assaulting their journalist guests in what can bring the image of the House into disrepute.