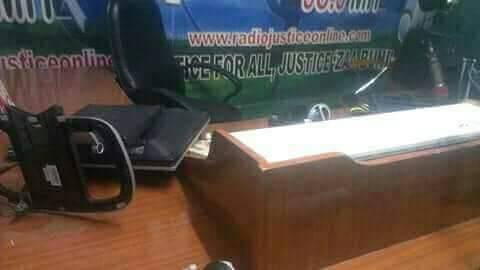 Thugs have stormed the studio of Radio Justice, based in Tamale, in the Northern Region of Ghana, and assaulted the presenter of a programme and his three panelists, disrupting the live broadcast in the process.

The attackers injured the presenter, Yunus Yiripha, and vandalized the console, microphones, computers and furniture. The attack, which occurred in the morning of December 2, 2017, disrupted the station’s transmission for about 24 hours.

The identity of the attackers has not been established. However, they are believed to belong to a faction in a longstanding chieftaincy dispute in the area, which was the subject of discussion in the studio at the time of the attack.

The Police have secured the station as normal programmes resumed a day after the attack. The regional Police Command says investigations have begun to identify the culprits.

The MFWA condemns the attack on Radio Justice as a cowardly act aimed at gagging the media and the public from discussing an issue of public concern. We urge the police to conduct a thorough investigation to ensure the arrest and prosecution of the culprits.