The Gambia: 20 years of Repression and Rights Violations Leaves Citizens in Fear 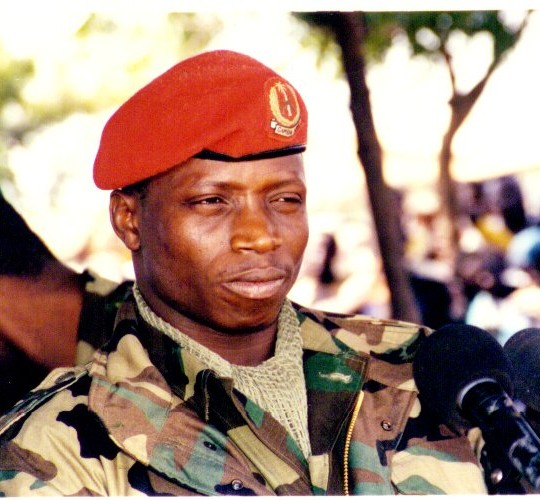 On 22 July 1994, a group of military officers led by Lieutenant Yahya Jammeh overthrew President Dawda Jawara, who had been in power in Gambia since 1970. Yahya Jammeh, supported by the army, proclaimed himself President of the Republic and, over time, took direct control of the Ministry of Defence and Ministry of Interior.

The Gambian government tolerates no dissent and commits serious human rights violations. Human rights defenders, journalists, political opponents and other Gambians who are critical of government policies continue to face intimidation, harassment, arbitrary arrest, detention, torture, ill-treatment, death threats and enforced disappearance.
Some of the human rights violations recorded over the last 20 years include the killing of 14 protesters in April 2000, the killing of journalist Deyda Hydara in 2004, the enforced disappearance of journalist Ebrima Manneh in 2006, the torture of journalist Musa Saidykhan in 2006, the arbitrary executions of 9 prisoners in 2012, and the “incommunicado” detention of human rights defender Imam Baba Leigh for five months of the same year.
The Gambian government has repeatedly failed to comply with several rulings by the Economic Community of West African States (ECOWAS) Court of Justice, including refusing to compensate Musa Saidykhan, and the families of Ebrima Manneh and Deyda Hydara.

The justice system has also been weakened since President Yahya Jammeh came to power, undermined by interference by the Executive and increasingly repressive legislation aimed at muzzling dissent.
For example, in April 2013, the National Assembly passed amendments to the Criminal Code increasing sanctions for “giving false information to public servants” (Section 114) from six months imprisonment and/or a fine of 500 Dalasi (approximately US$13) to imprisonment of up to five years and a fine of 50,000 Dalasi (US$1,293).

Further, in July 2013, the National Assembly passed the Information and Communication (Amendment) Act providing that internet users, journalists and bloggers found guilty of spreading false news can be punished by up to 15 years in prison and may be fined up to 3 million dalasi (approximately US$74,690).
In this pervasive climate of fear, most journalists, human rights defenders and citizens are forced to practice self-censorship or to flee the country.
In response to these flagrant and ongoing human rights violations by the government hosting the African Commission on Human and Peoples’ Rights – the primary human rights institution of Africa – our organizations continue to mobilize to put an end to repression and impunity in Gambia.
We call the attention of the international community – in particular, the African Commission on Human and Peoples’ Rights, the Economic Community of West African States, (ECOWAS) and African States – to the deteriorating human rights situation and lack of effective remedies for victims in Gambia over the last 20 years.

We urge President Yahya Jammeh to ensure that Gambian authorities

• Investigate all reported human rights abuses and bring perpetrators to justice;
• Repeal legislative provisions used to restrict freedom of expression, in particular the Information and Communication Act, the Indemnity Act and the Criminal Code Amendment;
• Uphold the universal rights of freedom of expression, assembly and association and allow journalists, human rights defenders and political activists to continue their activities unhindered without fear of attacks, arbitrary arrests, torture and enforced disappearance;
• Release immediately and unconditionally all prisoners of conscience, including journalist Ebrima Manneh and members the opposition party United Democratic Party (UDP) Amadou Sanneh, Alhagie Sambou Fatty and Malang Fatty;
• Release all those who are currently detained unlawfully or charge them with a recognizable offence in a fair trial;
• Promptly implement and enforce judgments from the ECOWAS Court of Justice in the cases of journalists Ebrima Manneh, Musa Saidykhan and Deyda Hydara.