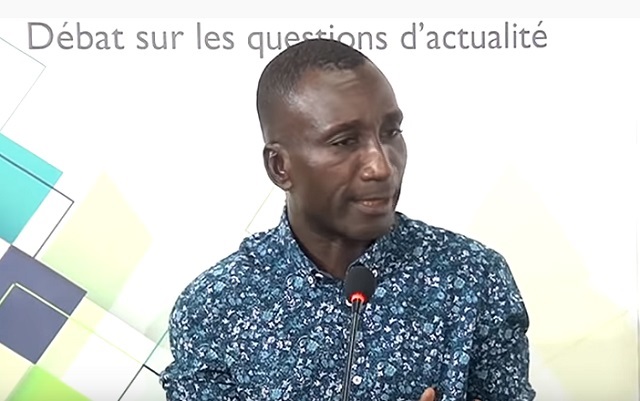 Togolese investigative journalist Ferdinand Ayite, has been sued for defamation following an article exposing alleged embezzlement of billions of CFA Francs by senior officials of the country’s petroleum industry and runs the risk of being victimised.

Ayite who is the director of publication of the Alternative newspaper, in the June 9, 2020 edition of his newspaper revealed that, chair of the Petroleum Product Price Fluctuation Monitoring Committee (CSFPP), Francis Sossah Adjakli, and his son Fabrice Afatsawo Adjakli  working with a Swiss trading company  defrauded the Togolese government to the tune of 400 to 500 billion CFA Francs.

The CSFPP is a unit under the Ministry of Trade and Industry that is responsible for managing the oil imports of Togo and deciding its price at the pump.

Following the publication of the article, the Adjakli family filed a defamation complaint against the journalist. After a brief hearing by the court on August 19, 2020, the case was adjourned to September 26, 2020.

Ayite who fears for his life and that of his staff told the MFWA “The matter relating to the import of oil is a very sensitive and far-reaching scandal. There has been some intimidation. Personally, we have made taken steps to protect ourselves. We have also reached out to our international networks to openly call on the Togolese government to watch over our security and that of our editorial staff.”

There are concerns that the trail will be politicised at the expense of truth and justice because of the alleged involvement of senior government officials.

Togolese authorities are averse to press freedom, investigative journalism and freedom of expression online. In March 2020, three media organizations, Liberté, Fraternité and Alternative, were sanctioned by the HAAC for their critical reporting on French diplomats in the country.

Also, during the presidential elections on February 22, 2020, mobile internet and access to social media were disrupted.

The MFWA is deeply concerned about the threats issued against the journalist, and calls on the authorities to take all measures to ensure his safety. In addition, we call on the court to assert its independence and ensure that justice prevails in this case.