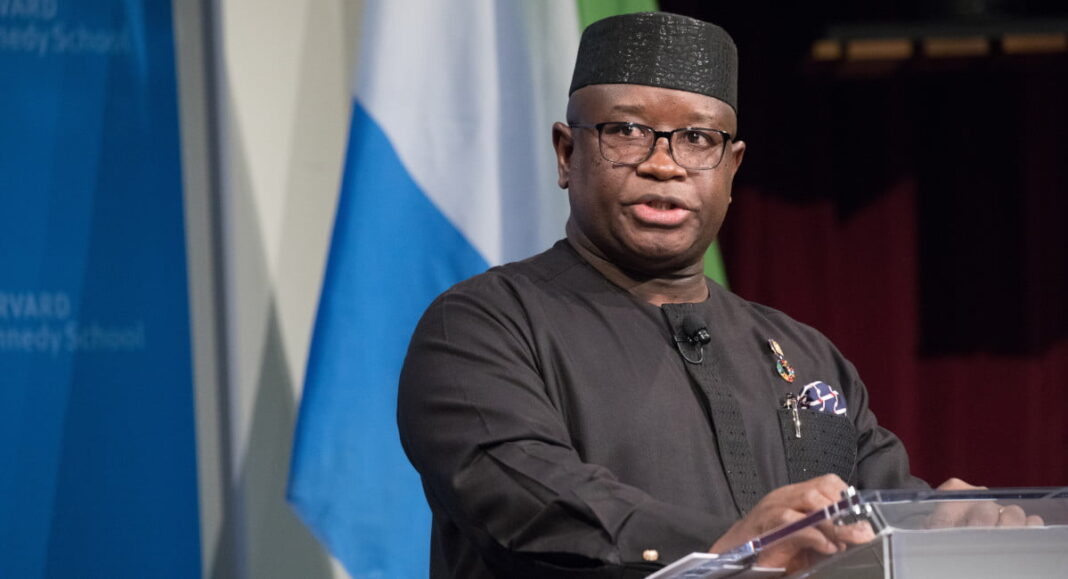 On November 17, 2021, Sierra Leone adopted a new Cybersecurity and Crime Act to regulate online transactions and communications, amidst diverse reactions. A year later, the law has begun to bite in a way that gives a jolting indication of what it holds for the freedom of expression.

In one of its earliest applications, a local artiste found himself on the wrong side of the law when he took to Facebook to insult and threaten a journalist. Alhaji Amadu Bah, popularly known as LAJ, described Asmaa James, a journalist with Freetown-based Radio Democracy as a “bastard child” threatening that “the next time I see you, I will piss on your face.”

The Facebook threat followed the journalist’s extensive coverage of a case in which the artiste was standing trial for causing public disorder and assaulting a police officer. Mrs. James filed a complaint with the police cyber-unit, and LAJ was arrested. After many critical comments on social media and a statement by the Sierra Leone Association of Journalists (SLAJ), the rapper posted an apology on Facebook on 13 December 2021.

While the arrest of the artiste under the Cybercrime Act projected the new law as protective of the rights of the victim, and therefore, progressive, two recent developments raised concerns about the potential abuse of the law to repress freedom of expression.

On May 26, 2022, the police detained Sorie Saio Sesay, a journalist with the privately owned Okentuhun Radio FM based in Kamakwie, northern Sierra Leone. The journalist had reported at the police station after he was summoned. The police accused him of forwarding a comment to a WhatsApp group linked to Calabash Newspaper’s website. The comment was about the alleged police killing of a driver during a conflict between motorcycle taxi drivers. The police had seized Sesay’s phone before detaining him.

The journalist was later transferred to the police headquarters in Freetown, and released on bail after six days in detention.

Even while on bail, the authorities forbade him from leaving Freetown, insisting that he reports to the cybercrime unit at the police headquarters for questioning. He was finally allowed to go to his home in Kamakwie on June 6, 2022.

In the second incident, the police arrested and detained Ibrahim Kemoh Sesay, a former Minister of Transport and Aviation, and presidential aspirant for the opposition All People’s Congress (APC) party.

A police statement on April 25, 2022, said the Criminal Investigation Department (CID) Headquarters was investigating Ibrahim Kemoh Sesay in connection with a video circulating on WhatsApp containing “cyber stalking and cyber bullying to wit (Inciting and Insulting messages) against the President of The Republic of Sierra Leone.”

On May 5, 2022, the former Minister was brought to court. The  particulars of the offence, according to a communication from the Judiciary, was that “Kemoh Sesay between March and April 2022, through social media, via WhatsApp, in Port Loko District, Bakeloko Chiefdom in the Northern Province of the country, did wilfully and repeatedly communicate directly to the President, Dr Julius Maada Bio in a manner that he knows to be false, for the purpose of causing danger, obstruction, insult, injury, criminal intimidation, enmity, hatred, ill will or needless anxiety to His Excellency President Dr Julius Maada Bio or causes such a message to be sent.”

The politician was remanded in custody at the Pademba Road male Correctional centre, until May, 9, 2022.

Sierra Leone decriminalised libel on October 28, 2020 raising hope about the end of the era of frivolous prosecutions. Until its repeal, the Public Order Act 1965 had been used to harass and persecute journalists and citizens who annoyed the government and other powerful people with their public remarks. Speaking at a ceremony to formally mark the repeal, President Maada Bio said “For more than half a century, we had a legislative and governance regime that criminalised journalism. Successive governments had failed to abolish this law that threatened civil liberties and had been abused over the course of half a century by successive governments.’’

The prosecution of the journalist, Sorie Saio Sesay, and the politician, Kemoh Sesay, under Sierra Leone’s Cybersecurity and Crime Act raises fears that the authorities could be weaponizing the said Act to silence critics in the same way the Public Order Act 1965 was manipulated to target critical voices.

In the case of Kemoh Sesay, the charge of false publication, insult, injury, and causing hatred, ill will or needless anxiety are the classic elements of defamation. It would appear, therefore, that he is being prosecuted for defamation under cybercrime pretext. It is important to point out that the former Minister made the declarations in public and in person. However, the police did not bother him until a digital version was published on social media. It would therefore appear that the police are attacking Alhaji Sesay more for the digital publication than for the content of his speech.

The Media Foundation for West Africa (MFWA) condemns the persecution of journalist Sorie Saio and politician Kemoh Sesay by authorities on the basis of the Sierra Leonean Cybersecurity and Crime Act. We urge authorities to avoid weaponizing the cybercrime law to muzzle freedom of expression and press freedom online.