Cote d’IvoireSafety of Journalists
May 18, 2020 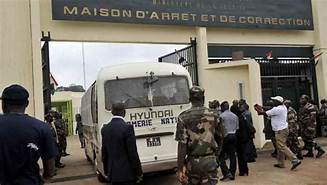 A journalist who had gone to a prison facility in Abidjan to interview a warden about allegations of extortion of prisoners by one of the prison officers was assaulted and detained in a prison cell.

When Dasse arrived at the prison, he was rather received by Koné Kassoum, the alleged mastermind of the fraudulent dealings.

Kassoum got infuriated when Dasse asked whether he could record the interview and throw the journalist into one of the prison cells.

“They kept me there for about 4 hours. They beat me here and there. When he let me go, Koné Kassoum warned me not to write anything on what happened, nor on the subject for which I had come. Otherwise, it’ll be my death,” Dassé told the local media.

The MFWA condemns the physical attack on Dasse and his subsequent detention by the prison officers and urges the prison authorities to investigate the incident and bring Kassoum to book. We also call on the police to thoroughly investigate the threat against Dasse and provide him protection to enable him carry out his duties in safety.