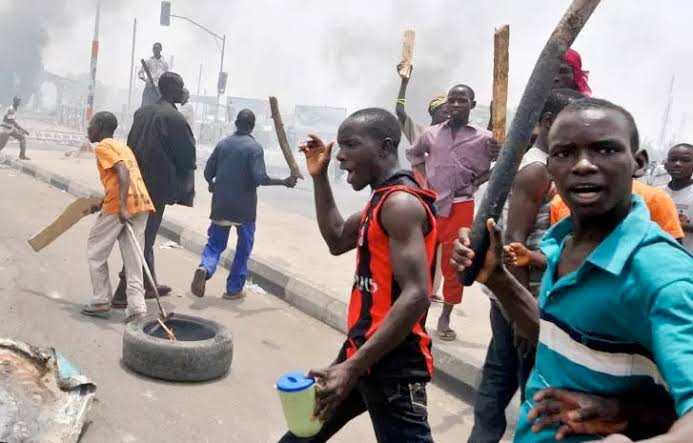 Ibrahim Maizare, the chairman of the Nigeria Union of Journalists (NUJ) in Zamfara State, in northwestern Nigeria, was on October 20, 2022, beaten up by political hoodlums at the state capital, Gusau. The thugs also threatened violence against other journalists in the state.

The melee happened when Maizare asked some workers renovating a shop at the NUJ Shopping Complex at the union’s secretariat to stop the work. MFWA learnt that the shop was being converted into a political campaign office, which was not allowed in the complex.

The hoodlums defied Maizare’s order and said they would not stop the work or leave the shop because it was given to them by a politician and that as long as that politician lives, they would never vacate the place.

The NUJ said the shop in question was initially rented out to a food vendor who later vacated the place. Before knowing what was happening, some political persons started occupying it. It was learnt that in 2021, the shop was set ablaze by the rival of the hoodlums occupying it.

Seeing that the shop being used for political purposes could lead to heightened chaos, Maizare said the occupants were asked to vacate it. However, they defied the order.

Enraged at Maizare for asking renovation to stop at the shop on October 20, 2022, the thugs reportedly assaulted the journalist, beating him with tree branches.

MFWA learnt that the arrival of policemen at the scene did nothing to stop the thugs as they hurled insults at the operatives, who hurriedly left the scene.

“Even with the arrival of the police at the place, the thugs vividly said nobody could stop them from occupying the shop and they were ready to deal decisively or even kill any journalist who feels they must leave the place,” Ibrahim Gada, the NUJ secretary in Zamfara State, said.

The Media Foundation for West Africa entirely condemns the hoodlum attack on the journalists and urges the authorities to swiftly investigate identify and bring the perpetrators to justice. Journalists cannot freely work when their safety is not assured.