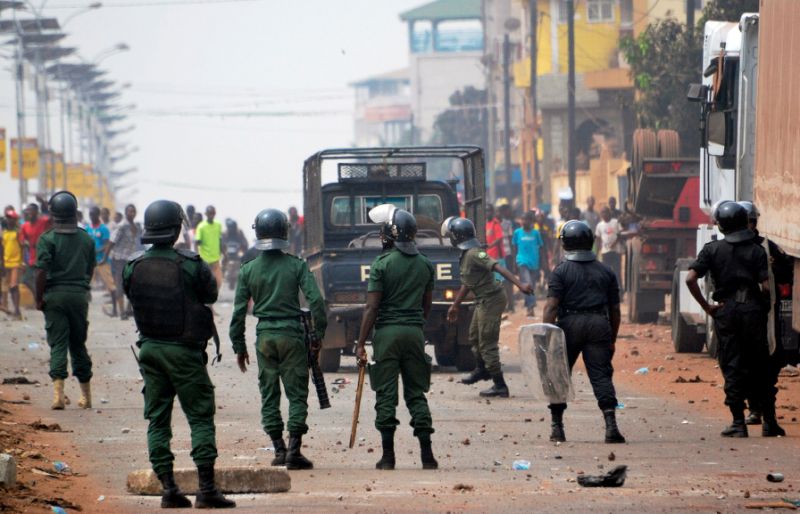 One person was reportedly shot dead by the police during a violent protest in Uyo, Akwa Ibom State, on September 24, 2019, while two journalists covering the incidents were beaten, also by the police.

Okodi Okodi and Owoidoho Udofia, who work with a private radio station, Inspiration FM, in Uyo, were covering the protest, together with their driver, Mfon Eyibio, when they were accosted by the police. The journalists had made live updates on-air and on Facebook about the clashes which took place at Mbierebe Obio, a local community in Uyo following a protest against a recent ban on commercial motorcycles.

Inspiration FM, the journalists’ media house, announced in a Facebook post that the two journalists and the station’s driver were “battered” by some police officers while covering the protest.

“After covering the protest, I was on my way back to our vehicle so I can get to the office and do my report, they accosted us and took us away even when we identified ourselves as journalists,” Okodi told PREMIUM TIMES.

He said the police officers kept beating them at the police station, even when they continued to identify themselves as journalists, until Okodio McDon, Police Public Relations Officer, whom they had interviewed during their coverage of the protests, arrived to rescue them.

Okodi complained of persistent sharp pains in his back, while his colleague, Udofia, spots a visible cut near his eyelid, according to PREMIUM TIMES.

“I want an official apology from the police. I also want those police officers who attacked us to be punished for it,” Okodi insisted.

Despite the reportedly violent nature of the protest, the MFWA condemns the lethal crackdown that killed one person and the subsequent attack on the journalists for reporting the police brutalities. We call on the State and Federal police authorities to thoroughly investigate the incidents and ensure that the erring police officers are brought to book.