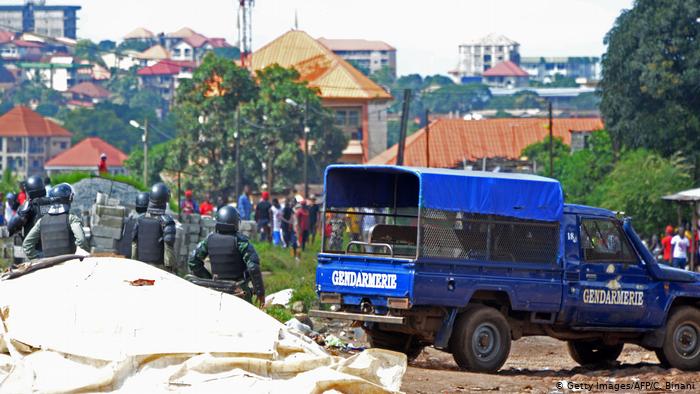 The Media Foundation for West Africa (MFWA) condemns the arbitrary detention of journalist Mamadou Aliou Diallo by police officers and calls on the Guinean authorities to sanction the perpetrators.

Diallo, who works for the news website Zone Afrique and Agronews TV, was arrested on February 21, 2020 by officers of the mobile intervention force, Compagnie mobile d’intervention et de securite (CMIS) in the Guinean capital, Conakry.

The journalist was filming officers of the motor traffic police extorting money from motorists at a discreet distance when officers of the CMIS spotted him and arrested him. The security officers took Diallo to their office at Enco 5 where they interrogated him, searched his camera and deleted all the images before returning the equipment to him. They also detained the journalist for several hours before releasing him.

The MFWA views the action of the police as a gross violation of the rights of the journalist. The police operation in broad day light was not meant to be a private matter that the journalist cannot cover. The MFWA consequently call on the authorities in Guinea to probe the incident and punish the officers involved, especially when the journalist was working to expose malfeasance by the police.