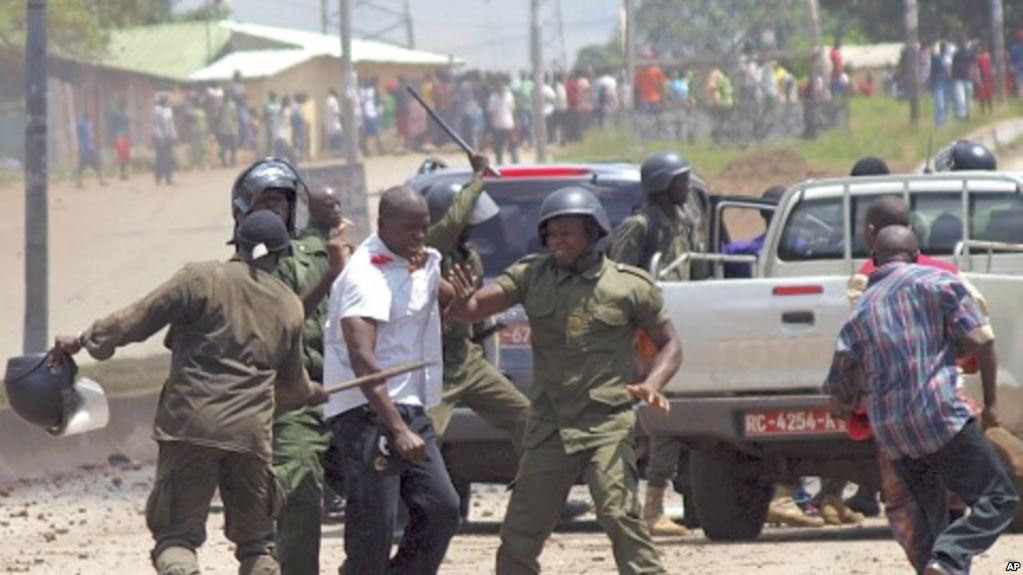 One person has been killed, two journalists assaulted and several others injured in a police crackdown on a teachers’ strike and a demonstration by opposition supporters in Conakry.

On October 30, the police killed one person in a brutal enforcement of a ban on a planned opposition demonstration. Many others were also injured in the crackdown that saw security forces encircle the home of main opposition leader Cello Dallein Diallo to prevent him from coming out to lead the banned March.

The dead was identified as Mamadou Cellou Diallo, aged 30.

“The metropolitan authorities had argued that they are not securing the opposition march because of agitations in the education sector,” libreopinionguinee.com, an online news website, reported.

A day earlier, October 29, 2018 a police officer assaulted two journalists in the line of duty. Kadiatou Diallo of Lynx FM and Mohamed Nana Bangoura of the Mosaicguinee were brutalised by the police officer with the mobile security intervention brigade as they were covering a strike by teachers in Kipé, a suburb in the capital, Conakry. There was no apparent reason for the attack.

The journalists identified the agent behind the assault and have vowed to file a complaint. There has been no reaction from the police service to reports of the assault.

The MFWA is deeply dismayed by the continuing use of brutal force by security forces to suppress demonstrations. This is the third time in two months that demonstrators have been killed by Guinea’s security forces.

On September 5, 2018, two young men aged 17 and 25 were shot and killed after security forces used live ammunition to disperse the residents of Boke and Kamsar who were protesting  against power and water cuts.

We urge the authorities to investigate the excessive use of force by the security forces which has led to the death of a demonstrator and to punish the perpetrators.

The MFWA also condemns the assault on the two journalists and encourages their media outlets to pursue the case to its logical end, in order to end impunity for crimes against journalists.