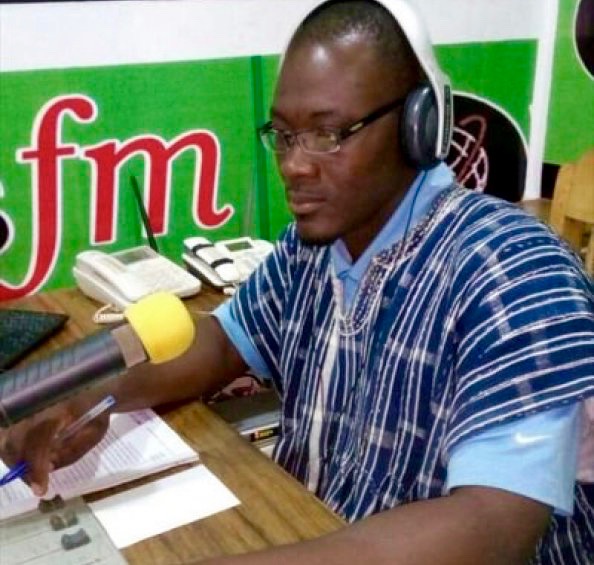 Two journalists in Techiman in the Brong Ahafo Region of Ghana have been charged with publishing false news intended to create fear and panic following their allegations about increased criminality in the Techiman municipality.

General Manager and Morning Show host of Winners FM, Iddrisu Awudu, affectionately known on radio as Mighty Judah, was first put before court on June 23, 2017, while an arrest warrant was issued against Mark Abrey, editor of the Techiman Times newspaper.

Iddrisu was summoned for broadcasting information on June 12, 2017 which the police say is false and liable to cause fear and panic. Abrey is also being pursued for publishing the same information in his newspaper.

Prosecuting, Detective Inspector M. Diboro told the Circuit Court in Techiman that on June 12, 2017, the Awudu claimed on air that he knew of criminals who had invaded the Techiman municipality and killed eight people after kidnapping them. Inspector Diboro said Iddrisu also declared that he was ready to furnish the police with information on the supposed murderers’ hideouts. He also reported Iddrisu to have said on air that, that at Tanoso, a suburb of Techiman, he had seen somebody kidnap a child, put it in a sack and run off on a motorbike.

The prosecutor told the court that editor of Techiman Times, Mark Abbrey, who also published the same information in his newspaper, is reported to be hospitalised and has not responded to police invitation to assist with investigations.

Justice Alexandra Graham, who presided over the court, issued a bench warrant for the arrest of Abrey and granted the police a detention warrant against Iddrisu. The case was adjourned to June 27. The second hearing saw the presence of both accused persons who were granted bail with GHC 2000 surety each while the case has been adjourned a second time to July 14, 2017.

The MFWA is concerned about the trial of the two journalists, and wishes to appeal to the National Media Commission, the media regulator in Ghana, to intervene and get the matter settled through arbitration. We also wish to urge journalists to demonstrate professionalism by refraining from making sensational claims that they cannot substantiate.