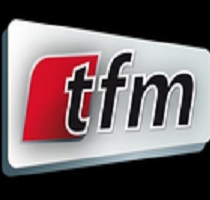 Senegal’s security forces have assaulted two journalists and damaged their camera while a student has been seriously injured in a police crackdown on students’ demonstrations in Thiès, a town 70km east of the capital, Dakar.

Cheik Anta Diop and Samba Fall from the private TV channel TFM, were attacked by a police officer while covering the violent repression of the demonstration by students of Macky Sy High School, on April 23, 2018. The aggressive police officer also damaged Samba’s camera.

The Police fired tear gas and used physical force to disperse the high school students who were demanding an end to a teachers’ strike. One student was wounded by tear gas and was admitted to the hospital for medical treatment.

The police in Senegal are increasingly resorting to excessive force against demonstrators. On April 19, the police violently dispersed marchers who were protesting against a proposed electoral law. They also arrested three leading figures of the opposition who led the march.

Earlier on March 9, 2018, the police beat up protesters and arrested 15 of including two members of parliament.

MFWA condemns the excessive use of force by security forces in controlling demonstrations and assaults by police on journalists. We urge the police authorities to call their officers to order and to ensure that the assailants of the students and the journalists are punished.