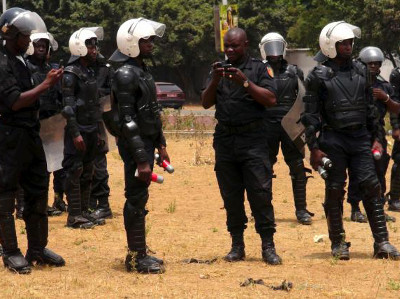 The police in Guinea Bissau have violently broken up a students’ demonstration in the capital in Bissau, with several injuries and arrests reported.

The peaceful demonstration organised on November 8, 2018 by the Federation of Students of Public and Private Schools of Guinea-Bissau was demanding the reopening of schools. The public school system had been paralysed by ten days of nation-wide teachers’ strike over poor conditions of service.

The police fired tear gas against the students, injured many and arrested others. The government said it had not authorised the demonstration.

“Eight students were injured with one in a critical condition while five other students were arrested as result of the police crackdown,” Badile Domingos Sami, spokesman of the students, confirmed during a post-march press conference to denounce the police brutalities.

The Guinea-Bissau Human Rights League has condemned the police assault on students.

The excessive use of force by the police is a violation of the students’ right to personal safety and security as well as their right to peaceful assembly and demonstration.

MFWA condemns the assault on the students and demands the release of the five students who were arrested.