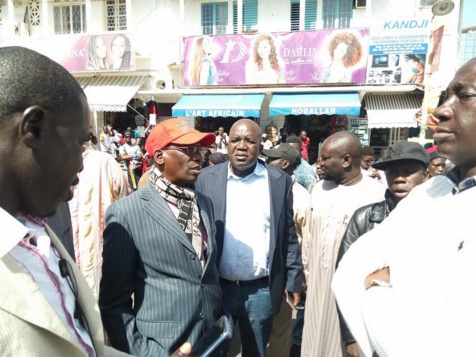 Police in Senegal have violently dispersed a peaceful protest in the capital, Dakar and arrested several people including two Members of Parliament.

On March 9, 2018, security forces police beat up the protesters and used tear gas to disrupt the march which was organised by the opposition to demand the resignation of Minister Aly Ngouille Ndiaye. Thirteen protesters were arrested in addition to two MPs, Mamadou Diop Decroix and Marie Sow Ndiaye. All the detainees were released later the same day.

The opposition coalition has said the police brutalised them without provocation.

“Did you see the barbarity with which we were met by the police? They were just too eager to throw tear gas at citizens who were demonstrating peacefully,” said Pope Ndiaye, one of the leaders of the opposition party, and former mayor of the city of Dakar

The demonstration was organised to denounce a televised statement by the Interior Minister Aly Ngouille Ndiaye in which he declared that he will do everything to help voters who want to vote for of President Macky Sall to ensure his re-election in the 2019 election.

The incident is unusual and has shocked many, especially human rights activists across Senegal which has a positive human rights record. The country’s freedom of expression environment is rated “free” by Freedom House in its 2017 ranking.

The MFWA condemns any excessive use of force to harm and intimidate peaceful demonstrations. We call on the country’s authorities to guarantee freedom of expression for all voices; whether they are dissident or not to express themselves without hindrance.