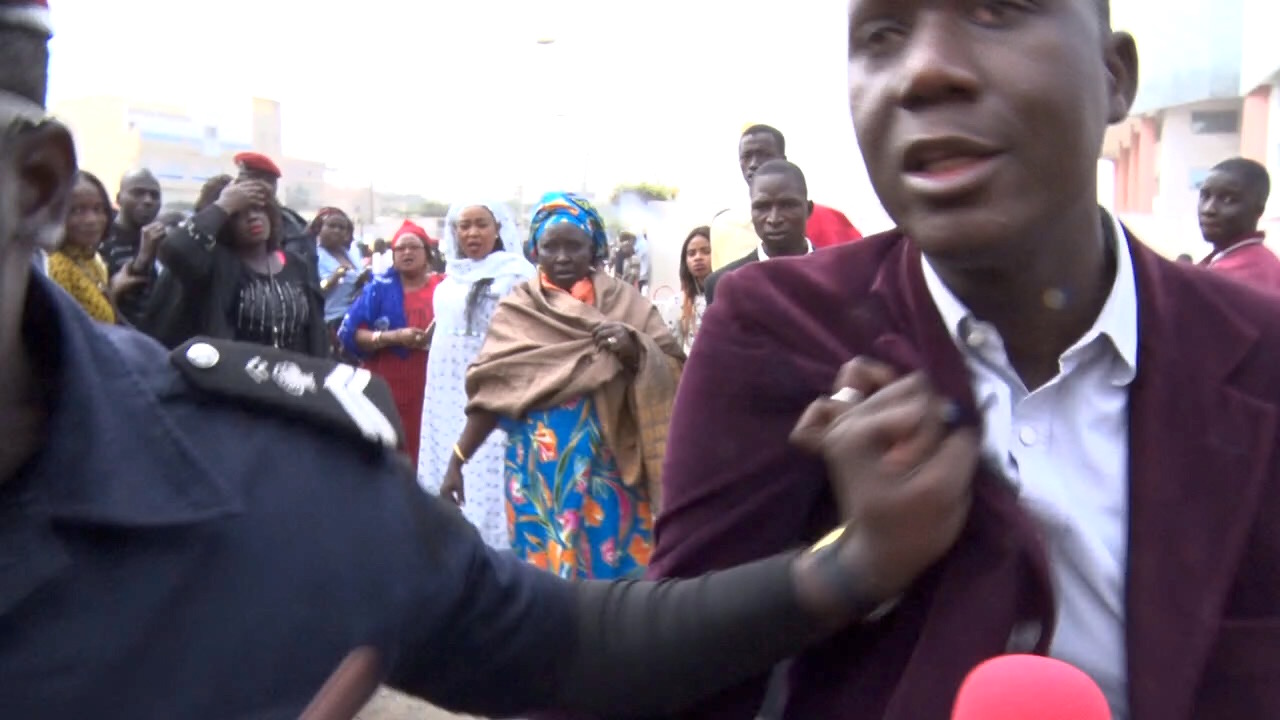 A journalist who was covering court proceedings in Dakar, Senegal has been physically assaulted by the police.

Selle Mbaye, a Cameraman for the news website Dakaractu.com was filming the proceedings at a High Court on January 3, 2018 when a police officer pounced on him. The case involves the mayor of Dakar who is charged with misappropriation of public funds.

The MFWA’s partner in Senegal, Convention des Jeunes Reporters du Senegal (CJRS), who reported the incident on January 4, said, “Sellé Mbaye, was jostled before being put in the police van, although he respected the safety instructions for live coverage of the trial of the deputy mayor of Dakar, Khalifa Sall.”

Images of the assault, which have gone viral in Senegal, showed the policeman abuse Mbaye by grabbing him by the collar of his shirt and shoving him repeatedly. The journalist was then briefly detained in the police van before being released.

The police brutality against the journalists has sparked outrage among freedom of expression groups and the media. However, there has been no word from the police about the incident.

The MFWA condemns this attack on a journalist who was performing his constitutional duty of informing the population. We join our partner organisation in Senegal, CJRS in asking the Senegalese police service to investigate the matter and punish the officer who abused the journalist.