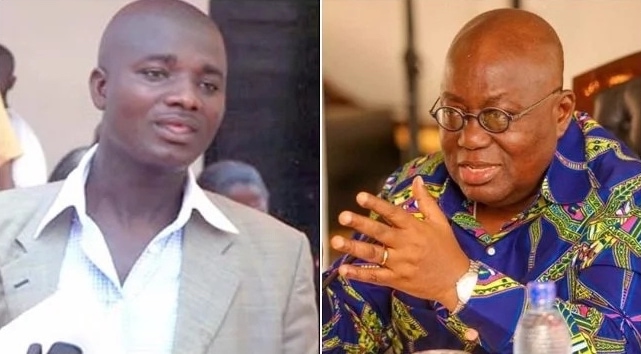 The Police have arrested and detained a political activist, Frank Kwaku Appiah, for allegedly insulting Nana Akufo-Addo, President of the Republic of Ghana.

Frank Appiah, popularly known as Appiah Stadium, who is a serial radio caller and commentator for the opposition National Democratic Congress, allegedly said in a widely circulated audio that the President smokes weed.

Following the leakage of the audio on social media, the Ashanti Regional Police Command arrested the Kumasi-based activist on September 26, 2017, and subsequently transferred him to the Criminal Investigations Department (CID) headquarters in Accra for interrogation.

While we condemn Appiah’s effusions against the President as shameful and contrary to Ghana’s time-honoured tradition of respect for our elders and leaders, it is untenable for him to be arrested, handcuffed and paraded like a common criminal.

As an ardent advocate for freedom of expression, and having supervised the repeal of the Criminal Libel Law as Attorney General in 2001, President Akufo-Addo would feel embarrassed by the action of the police. No wonder, that the Presidency has disowned the action of the police and indicated that it is not interested in pursuing any legal proceedings against Appiah Stadium.

The police action is a throwback to the days of “the culture of silence” which Ghanaians have consigned to the dark pages of their political history by choosing to scrap criminal libel in favour of civil adjudication of defamation complaints.

The arrest and detention of the political activist, who was paraded in handcuffs like a common criminal for his pronouncement, has dented Ghana’s reputation as one of the most progressive countries in the world as far as freedom of expression is concerned.

The MFWA welcomes the release of Appiah Stadium and the President’s gracious decision to pardon his abuser. We also urge the Inspector General of Police to call to order the officers involved in the abuse of the activist’s rights.