Peoples Gazette Website Remains Muzzled, Three Months after it was Blocked for Reporting an Unpleasant Truth 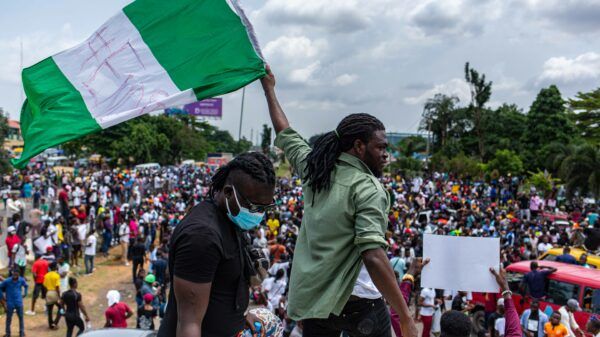 In line with Section 39 of the Nigerian Constitution, which guarantees the freedom of the press, the authorities should immediately lift the restriction on local news site Peoples Gazette and allow the news site to operate without disruption.

It has been exactly three months since the four major mobile internet providers in Nigeria, namely MTN, Glo, Airtel, and 9mobile blocked access to independent news site PeoplesGazette.com, allegedly on the orders of the authorities.

From 7.00 pm (GMT+1) on January 26, the site has only been accessible via Wi-Fi, foreign mobile internet providers, and a virtual private network, an arrangement whereby internet users can bypass censorship using encryption.

According the managers of the news website, local readers can now access Peoples Gazette’s contents via a mirror site GazetteNGR.com.

“Since then, we started distributing all our stories from Peoples Gazette to GazetteNGR. We launched Peoples Gazette on September 25, 2020. But because of the blocking, we lost all our digital footprints on Google between September and January. Our site ranked between 228 and 234 on Alexa ranking prior to our site’s blocking,” the news outlet’s managing editor, Samuel Ogundipe, told MFWA.

He lamented that switching to GazetteNGR is like starting all over again as the site’s traffic is now duplicated and not concentrated on a single URL.

Ogundipe said the blocking of Peoples Gazette was due to a story published on October 31, 2020 about Bolaji Gambari, the son of the President’s Chief of Staff, Ibrahim Gambari.

In the story seen by MFWA, Peoples Gazette alleged that although Bolaji is not a government official, he is performing roles meant for his 76-year-old father, Ibrahim. Bolaji allegedly authorises administrative regulations, has access to highly classified documents, and fixes top secret executive meetings.

According to Peoples Gazette, Bolaji quickly moved to consolidate power when his aged father indicated that he could not attend to most of the daily requirements of his office due to old age.

Ogundipe alleged that after the story was published, Peoples Gazette came under severe security pressure as well as financial offers for the story to be pulled down. Despite the series of harassment, Ogundipe said the Peoples Gazette stood on its ground that it would not delete an already published story.

“The Chief of Staff himself called the reporter and me; he was really furious. We told him to send us his position and we would reflect it in our story. He didn’t but wanted the story to be pulled down at all costs,” he said.

In January, Peoples Gazette reported that a presidential advisor was fired because the administration believed that he was the outlet’s source for the story.

On January 26 when access to Peoples Gazette was blocked by the mobile internet providers, Ogundipe said the outlet reached out to all of them and it was one of the telecom companies that confided in the media outlet that the restriction was on the government’s order.

The organisation has yet to appraise the financial loss arising from the blocking, although it is obvious that the disruption is proving costly.

“We have not yet estimated the loss financially but you know advertisers will only patronise you based on your Alexa ranking. However, we are able to persuade some advertisers who understand the situation and know that we are widely read. However, the blocking is a major disruption to our operation,” he said, adding that the outlet has, through its lawyers, been writing to the authorities.

Ogundipe added that the outlet would sue, at least to demand compensation for infringement on the fundamental rights to provide information to the public.

MFWA reached out to the media contacts of all the mobile internet providers – MTN, Glo, Airtel, and 9mobile – but none has responded to enquiries.

Also, enquiries to the public affairs department of the Nigeria Communications Commission have yet to be replied to. An aide to the Minister of Communication and Digital Economy, Isa Pantami, has also not replied to enquiries.

Meanwhile, the government’s clampdown on Peoples Gazette is not entirely new. The Nigerian government has in the past raided newspaper houses for publishing reports they deemed as provocative.

In 2019, the authorities also came up with a bill that could limit democratic expression among internet users in Nigeria. The bill, Protection from Internet Falsehood and Manipulation Bill 2019, would essentially allow the government to shut down the internet whenever it deems fit. However, the bill has been severely criticised by Nigerians and human rights organisations.

The MFWA condemns this abuse of power to punish a news outlet for reporting an unpleasant truth about powerful people. The continued blocking of the Peoples Gazette is press freedom violation and a breach of Section 39 of the Nigerian Constitution. We, therefore, urge the Nigerian authorities to unblock the website and allow it to operate without any interference.