One Person Killed as Togolese Opposition Resume Protests Amidst Another Crackdown 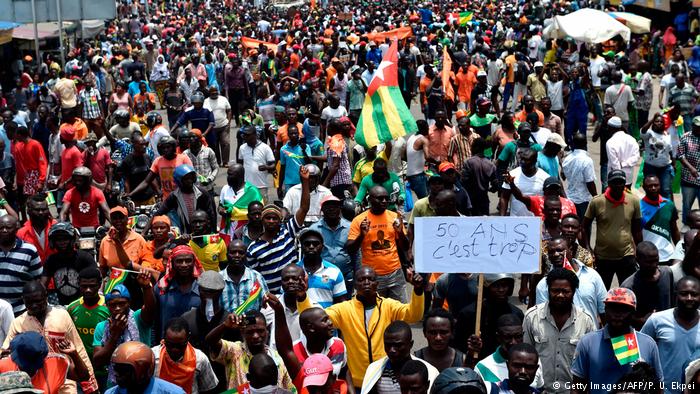 After a four-month lull, the opposition in Togo has recalled their supporters on to the streets for anti-government protests which has again been brutally suppressed with at least one person killed.

The marches, which were held in the main cities of Lome, Kpalime and Sokode on 11, 12, and 14 April 2018 to demand electoral reforms and an end to the Gnassingbe dynasty, were dispersed with tear gas in. The protest campaign began in August 2017.

According to news reports about 25 persons were injured over the three days demonstration. One Abdourahim who got injured in the April 11 sucumbed to his injuries on April 14.

The leadership of the opposition has condemned what it called “the barbaric repression.” They have also accused the government of attempting to assassinate Jean Pierre Fabre, the leader of the opposition coalition.

However, the Minister of Territorial Administration and Local Authorities, Boukpessi Payodewa, said the demonstrations were banned in line with agreements reached during the recent dialogue.

“The government cannot condone the violation of the recommendations of the facilitator of the political dialogue by allowing demonstrations,” said Mr Bukpessi in correspondence to the coalition of opposition parties.

The MFWA condemns the excessive use of force against demonstrators. We call on the two parties to exercise restraint and to fulfill their respective commitments made under the recent political dialogue.